Nothing but the feeling of “I must tell it.”

There are posters that reveal strong images of the campaign to stop AIDS and which represent the discrimination through photos that put handcuffs on White and Black.
You must have seen these serious of poster before, created by United Colors of Benetton‘s “some creative factory”. 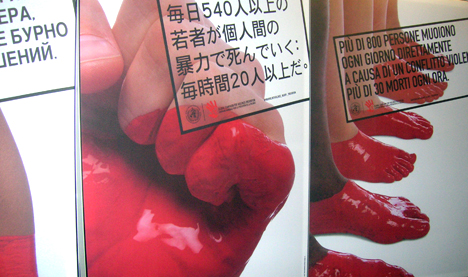 FABRICA is the laboratory of design established in 1994 by Luciano Benetton and Oliviero Toscani, Art Director of Marketing for United Colors of Benetton. 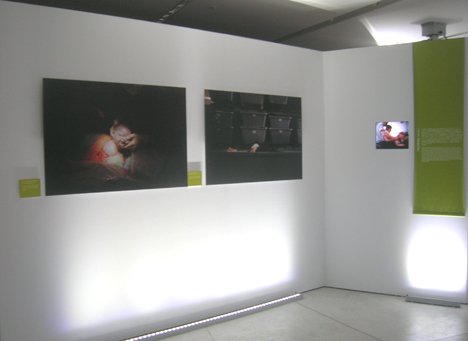 This center has continued to influence several creators all over the world through their works infused with a new and unique philosophy. Young and talented creators from several countries work on projects a year at FABRICA in Venice, Italy. A part of FABRICA’s works exhibited at the Centre Pompidou in Paris, in October 2006, and then move to la triennale de Milan in July 2007. In October, the exhibition was invited to the Shanghai Museum in China. Now it appears at the Shiodomeditalia in Japan.

I have never seen what kind of projects are being worked on at FABRICA, so this was a great opportunity to know what was really going on there. 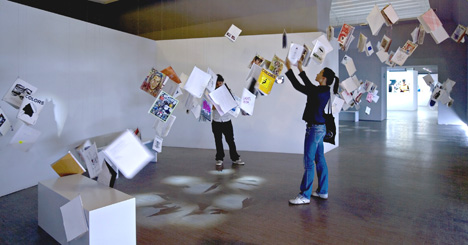 This exhibition consists of mainly two parts, the documentary project (like “I See” and the COLORS NOTEBOOK) and the experimental project (like video, visual communication, interactive installation). For instance, “I See” is the photo journal project in which six photographers feature various social issues on six continents such as ethnic war, life and death, discrimination towards women, extreme weather, the oil problem as well as the food crisis. Through photos of a dead body lying in a coffin and two wive’s room next each other in a culture of polygamy, I was impressed once more by how much a photo talks.