“Super Smile” by Taiwanese Media Artist Effy Woo received Encouragement Prize in Arts Category. Her video work captured only herself smiling in front of a camera. At first sight a viewer tries to expose what she is smiling at. As the video moves forward without telling any clue of her smile the viewer is left with uncertainty. Besides the part which she smiles without any blinking the video looks rather ordinary but eyes are so attached to the work for its oddity. 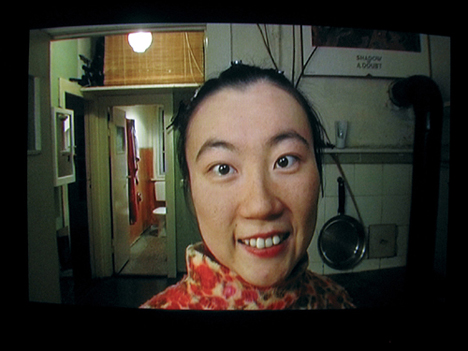 From Entertainment category “Sniff Smell of Princess *Kaguya –Traditional Japanese Tale Remix” by Rintaro Hara + Yu Hara was very interesting by far. Traditional Japanese tales were translated to English through computer based automatic translation software. Then back in Japanese again, which was combined together with illustration. Their books was interesting discovery that well-known tales tell different story through filter of automatic translation technology. Incorrect outcome of translation was treated rather funny by artists. Thus it contributed to weave completely new reading of existing story. 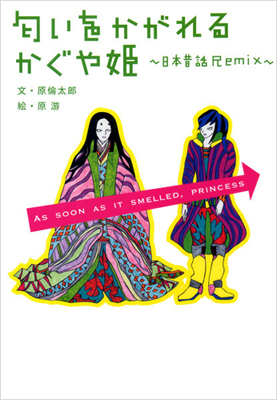 From a joint exhibition 13th Student CG Competition “WAKURABA -ethereal encounters-” by Masaru Tabei received Fine Work Prize in Interactive Art Category. Plot of gravel was laid out in the room. After a while a person walked on the gravel it reacts back with sounds by a device physically shaking gravel to simulate the moment. Plot of gravel remains empty of people but sound of step stays in the air. 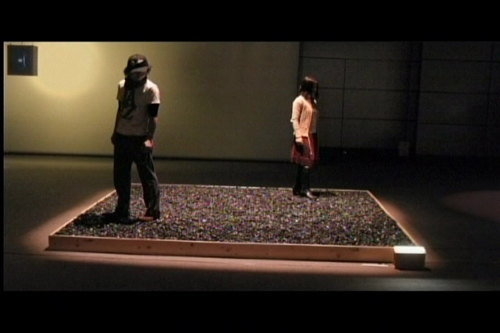 Besides works picked up above there were lots of other outstanding works like “Captive Julia” by Masaki Nakayama, which received Grand Prize in Still Picture category. Overall, the exhibition proved standard of works is very high though participants consist of mainly young artists including many students.

Figure of visitors ranged from young to old. As well as the exhibition dealt with broad subjects of Media Art and offered variety of experiences from direct play with object to other works questioning bigger range of Media Art like “what is human being?”

Through showing diversity in the format of exhibition the festival presented well a concept of Media Art, which tends to be undefined. Many expression in exhibition seemed suggesting thoughts beyond fixed idea of what ability of human can do.