On a sunny Sunday, which never really happens in London, you may feel like visiting this lovely gallery. “176” opened last September at Chalk Farm north London. “176” is managed by The Zabludowicz Art Trust which is also had a exhibitions at BALTIC last year. They own over 1,000 works for their collection and this art space aims to extend the Collection’s reach by inviting the public. 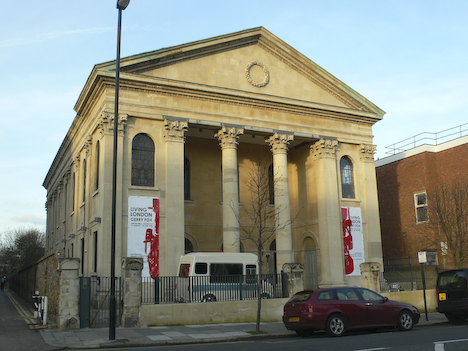 The gallery can be found on 176 Prince of Wales Road, The building itself was built in 1867 and until the 1960s was the central Methodist Chapel for the Kings Cross and Camden area. Huge Greek style pillars welcome you and guide to the rather modern reception area. 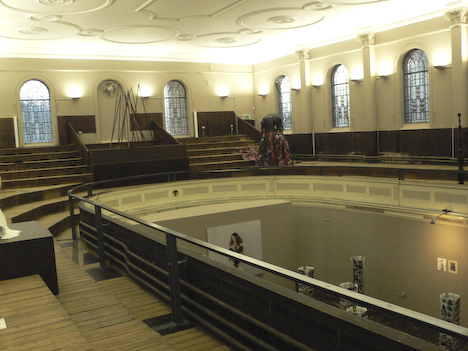 It has two large exhibition spaces and eight smaller rooms which create a complicated maze. The upper tier, circling the main hall, a relic from the gallery’s drama school history, still exist and allow you to view the exhibitions from other angles. Narrow staircases and dark passage make creaky sounds which gives an additional effect for some of the more disturbing art that is sometimes exhibited.