I am drinking a cup of coffee at a cafe in an open-space. An ordinary BGM is coming from a counter at the right side, and an abstract sound is coming from an art shop at the left side. Then, I am surrounded by voices of people who are chatting with a cup on their one hands as I do. I wonder who is creating these “music” which I am listening right now unconsciously while I am drinking coffee. 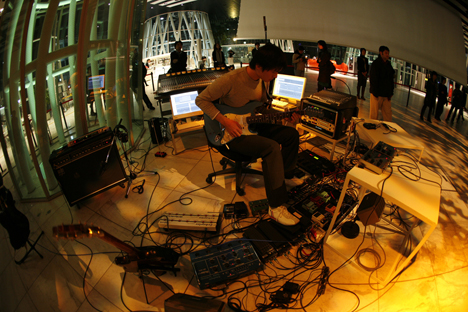 “MOTIONDECOMPOSITION Ver.1.1” is composed by Yuta Segawa, a member of the post-rock duo “subtle”, also a musician / a sound engineer who mix music of other musicians and movies. It is created taking advantage of the performance at SENDAI mediatheque open square, which is conducted as a part of “DOTMOV Festival 2007.”

At the performance, limited live CDs were distributed only for the attendees. However, “Ver.1.1” is completed as an album including the live sounds from the performance, also including new works such as a composition which is used for an end credit of DOTMOV. 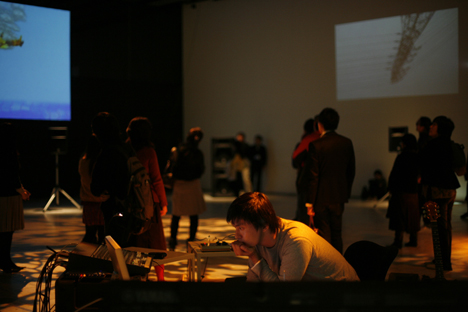 Before the performance, he looked around the venue, designed by a world-famous architect Toyo Ito. It reminds us of near future, and it is opened to people tenderly. While looking around it, he came up with the idea to create a music which people can listen while they are walking around the space by placing several speakers, which give different sounds.

Rather than receive completed mixed-sounds at the assigned seats, each audience can create a phase of sounds by themselves. He sampled the guitar sounds he has been playing since few hours before the concert, and shifted the sounds little by little based on time, then overlapped live music over it. The sounds, which is completed including the noise of city at the open-space without walls, are only remained in the audience who were there at the moment.

In the sense, this “Ver.1.1” is different from the record of the concert. However, the concept, which try to express the layers of several times and space as music, is indicated much clearly in the different form. Although it is packaged as one album, it has a flexibility to be mixed with other sounds. It is a gathering of sounds which overlap each other as a mille-feuille. It is a music wavering between the nature of narrative and the nature of substance music has. 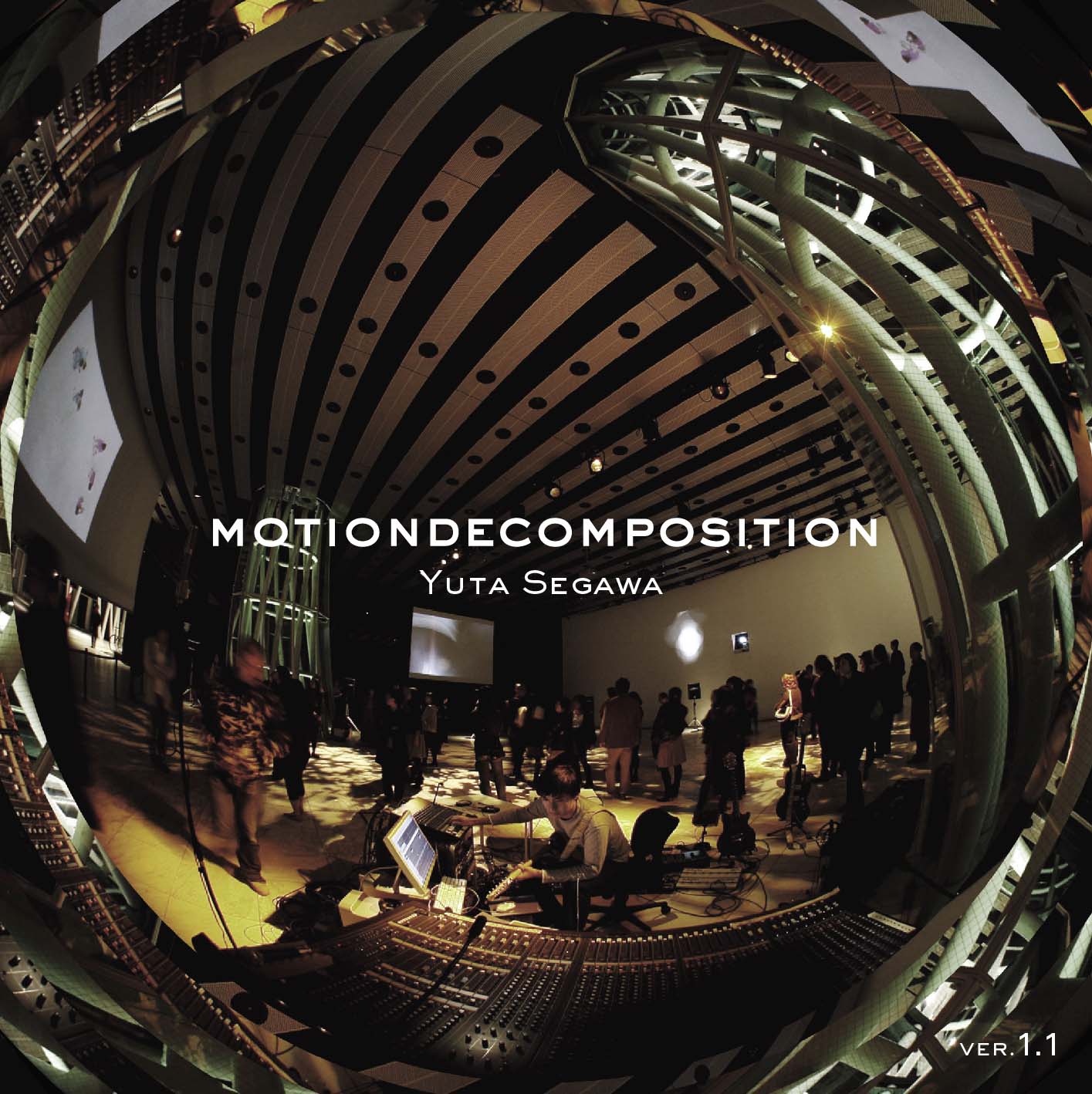