Get off the internet, leave your house and get some fresh air. 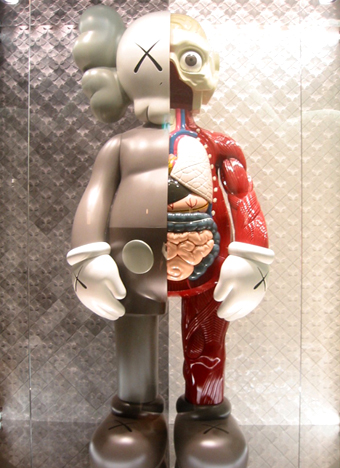 Produced by MEDICOM TOY x KAWS, “OriginalFake®” was born in Minami-Aoyama, Tokyo in May 2006. Going down the stairs to the underground shop, you’ll be stunned by a giant object standing right at the entrance. This extremely outstanding big KAWS companion figure, what the dickens, I was told that the height was over 3 meters!

Inside of the shop is divided into two spaces, which is bordered at the half body of the figure. The right side is for apparel and the left is for various goods respectively. 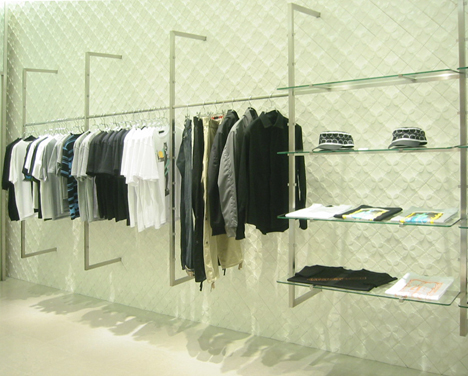 Interior design is directed by Masamichi Katayama of Wonderwall, and the entire wall is covered with over 5,000 pieces of tile. By looking at them closely, you’ll notice that each one has a touching yet pop design given one by one. 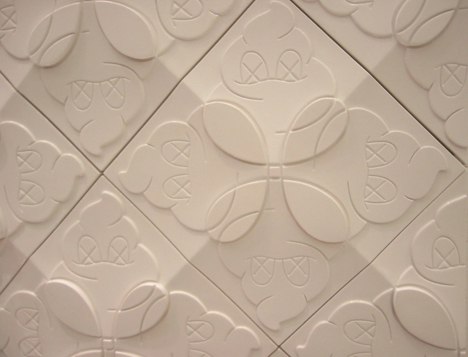 2007 Fall/Winter collection theme is “TAROT”, and OriginalFake has welcomed Tomohiro Konno at NEXUSVII® as an apparel director. Many of high quality/functional outerwears & T-shirts are displayed, and along those original models from Levi’s® are soon to be released. 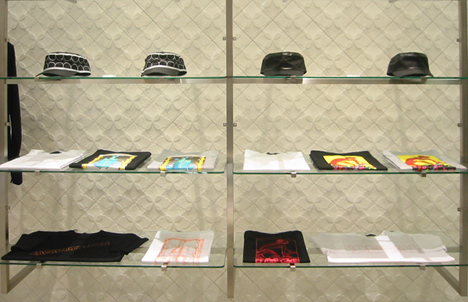 One of the most popular items at OriginalFake is a variety of toy figure represented by BE@RBRICK series. It obviously made happen with the produce by MEDICOM TOY, as we all know by now. Sadly all of figures were sold out when I visited, and only samples were displayed. Among them however, there are some of rare items found including a really expensive copper made figure which must obsess toy figure collectors so much… 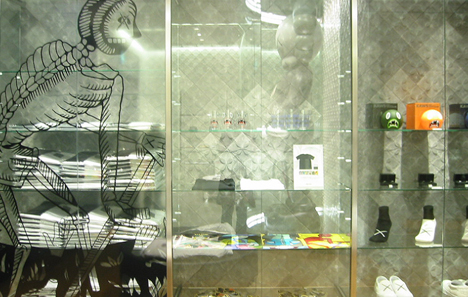 We’ve come along an interview with KAWS this time, so let’s introduce it at the end.

What was the background behind the opening of OriginalFake store as an art director?

I started OriginalFake because I was interested in creating a place in Tokyo that could be a home for the products that I enjoy making.

How was working with Mr. Konno by welcoming him as an apparel director for this season?

Working with Konno is great, I really appreciate his talent.

Could you briefly tell us any of on-going projects or new collaboration plans, if possible?

We have several projects planned to release in the next few months. One that I am really looking forward to the Darth Vader I redesigned for Lucas films. 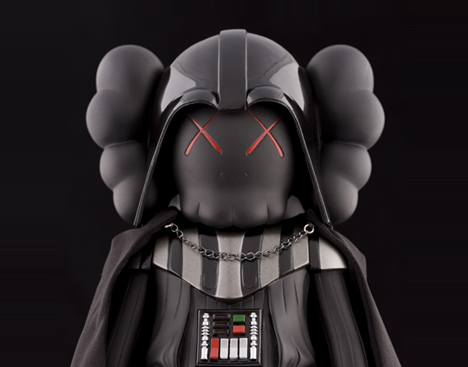 When you come to Japan, are there any places or favorite stores you go often?

I always visit Tokyu Hands and I like to walk around the streets by myself.

And lastly, could you please give a message for SHIFT readers?

Get off the internet, leave your house and get some fresh air.