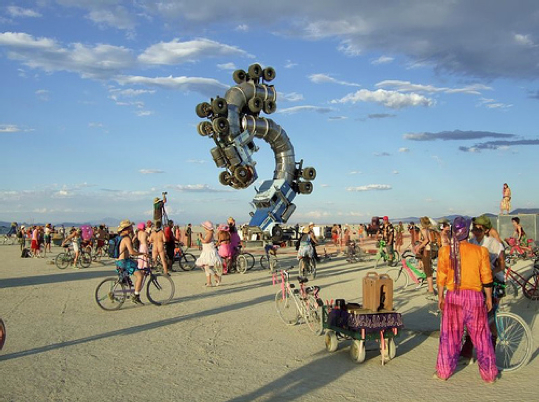 I’ve recently returned from my first foray to what has got to be the greatest creative explosion on the planet, Burning Man. If creativity, intensity and innovation inspire and energize you, Burning Man is a “must” event for next year’s calendar. Countless times I repeated to myself, ‘I can’t believe it has taken me this long to arrive’. I went, was intimidated, awed, opened and moved. 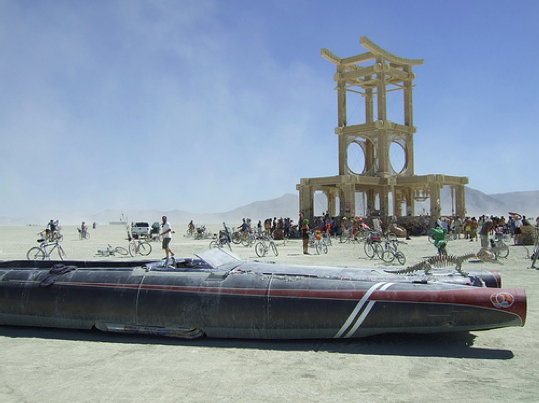 There are so many aspects of the event that are awe inspiring, be it logistical – establishing a city and associated infrastructure in the middle of one of the US’s harshest summer environments, the Nevada desert, for 47,000 people grounded with a ‘leave no trace’ philosophy;

Social – no money is exchanged (except for ice and coffee), while 1000s of events/seminars/workshops and happenings occur throughout the day at various camps; Artistic – the amount of ingenuity on display (music, installation art, performance, fashion: Kucoon) forces the creative mind to inspect, attempt to deconstruct, smile and cheer. I could go on… 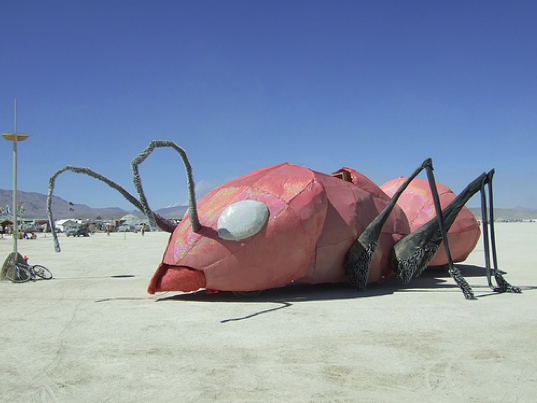 Burning Man has evolved immensely from its beginning in 1986 when 20 people burned the effigy of a man on a beach in San Francisco. Despite its population swell and current location at Black Rock City in the Nevada desert, Burning Man still maintains its core principles around community, self-reliance and radical self-expression. To that end, the event is filled with spontaneous acts of kindness via gifting (the exchange of goods ex. beads, drinks, Cds and services showers, massages, workshops). From a self-reliance perspective, everyone must come to the event able to survive on their own in the desert without any help from others. In fact as one enters the event, their vehicles are inspected to make sure that attendees do have the necessary gear. A crucial element and gift of Burning Man is creating an environment where one is encouraged to explore and push one’s physical and emotional boundaries.