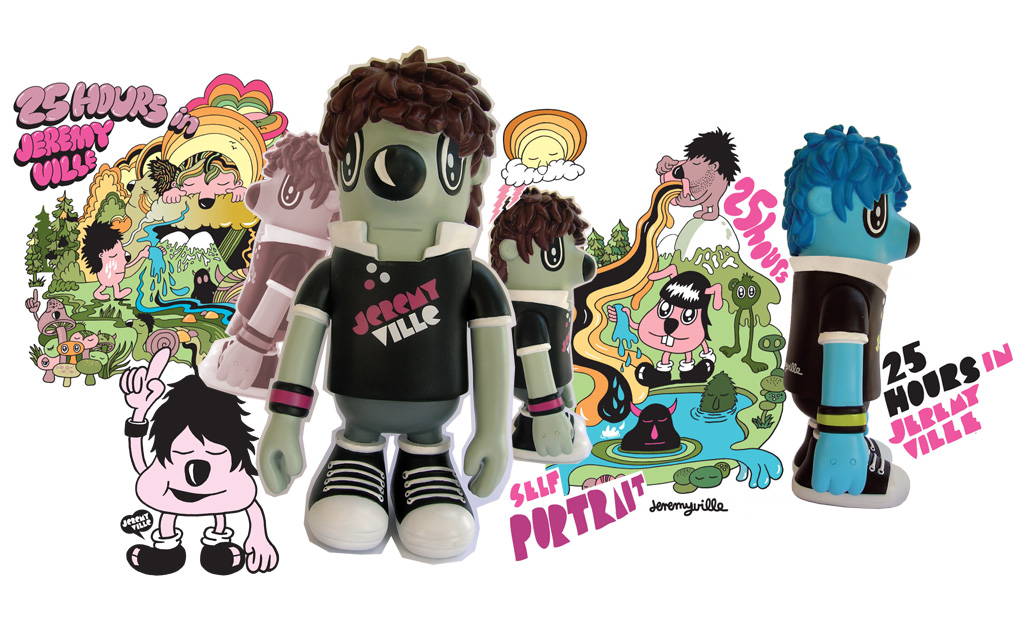 I chose to do an architecture degree and not art school, because it taught me about applied art and design, and how to bring discipline and structure into my creative thought processes. I think in terms of concepts and projects, not one specific medium.

I was in the recent Colette group show, along side KAWS, Mike Mills, Takeshi Murakami, Yoshitomo Nara, Futura and Fafi, among others. Also the books I have created include: ‘Vinyl Will Kill‘, which was the first book in the world on designer toys, and the new ‘Jeremyville Sessions‘ book, with collaborations with the likes of Beck, Devilrobots and Geoff McFetridge. And our sketchel project, which is our custom bag concept, that’s attracted over 500 artists so far, like Miss Van, Gary Baseman, Jaime Hayon and Genevieve Gauckler.

What was the beginning of Jeremyville?

I am an animator, cartoonist, illustrator, product designer, published author, fine artist, toy designer, clothing designer. I don’t like just one title over anything else. It is too limiting. I like crossing over from one discipline to the other. It’s all a part of Jeremyville. That’s why I came up with Jeremyville, it’s like a place where things happen, and others can visit and collaborate, other artists and clients. Jeremyville is a state of mind. A concept based project.

Could you tell us about projects you are currently working on?

I just had Fafi over for dinner at my home ! That was fun night. I’m also painting a life size Darth Vader helmet, for a huge Star Wars show by George Lucas. Others in the show include Jeff Soto, Dalek, Shag, Kozik, Buffmonster. I’m also doing designs for Quiksilver, and I just sold my giant 60 inch Qee I painted to a gallery in Cologne, Germany. I also just designed a shoe for Converse, and painted a toy for MTV Italy. I’m in a comic book anthology in a new book from LA, and I have some new toys coming out. I’m also doing a toy with Kidrobot in New York. 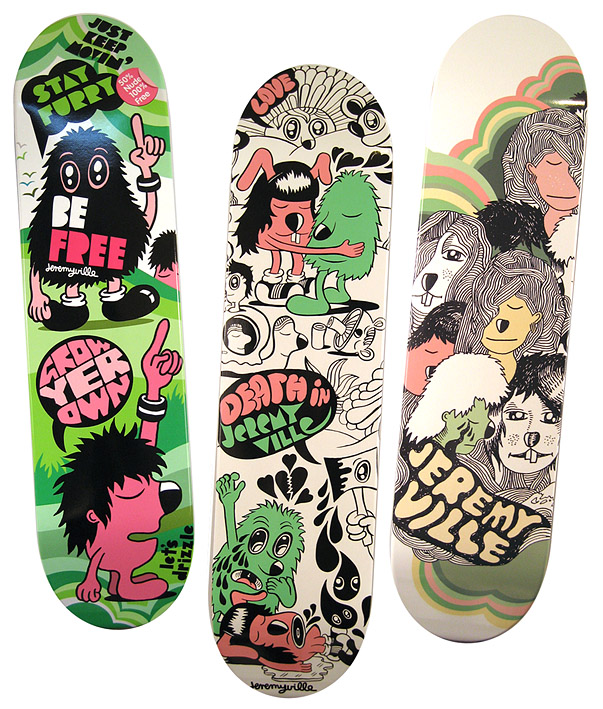 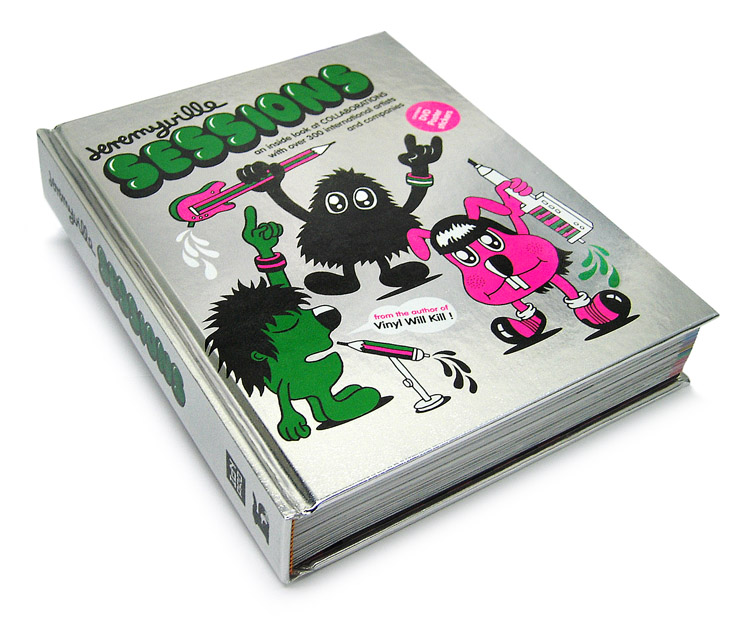 The new book “Jeremyville Sessions” is beautifully done. Could you tell us the concept? And any stories behind the making process with this much of artists?

Thankyou. It’s all about collaborations, with artists like the musician Beck, Geoff McFetridge, Colette, Miss Van, Deanne Cheuk, Lego, MTV, Adidas, Devilrobots, Gary Baseman, about 300 artists and companies. Published by IdN. It took about 5 production samples to get the reflective silver on the cover just right. Chris, Jonathan and Laurence Ng and the team at IdN did a great job.