Sometimes fashion events bring you to discover something really special, something that cautivates you. During the Bread & Butter Summer 06 Show, I got to know Nando and Silvia and their amazing brand POTIPOTI.

Nando and Silvia got to know each other at the Fine Arts School in Salamanca. They started to work together and decided to move to Madrid. After a short periode creating visuals for parties and participating in several events, they finally jumped to Berlin, which became their homebase since 2001. 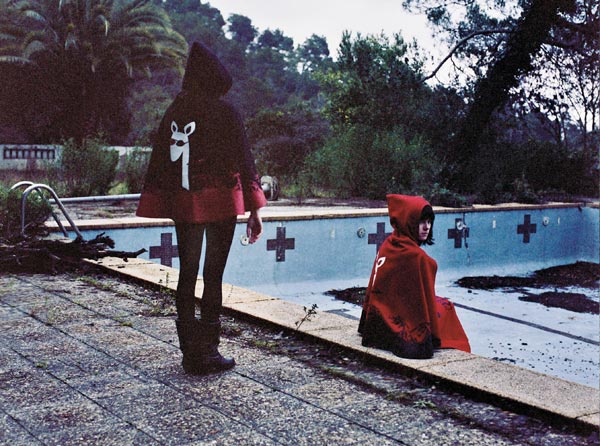 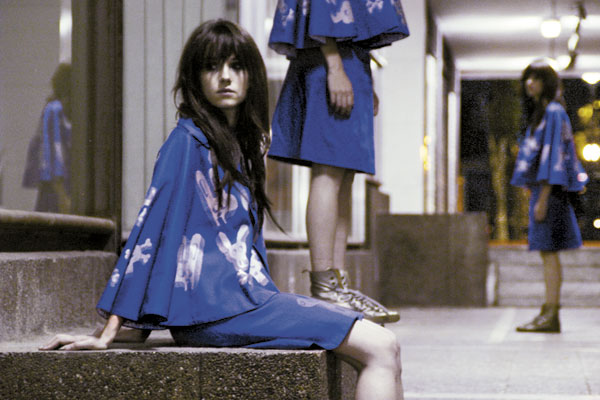 Motivaded by street culture, they have also customized cars (Mazda roadster MX5), shoes (Adidas Adicolor), and built their own universe of toys which they presented at the prestigious Pictoplasma Character Walk.

Potipoti appears in books like “Tattoo Icons” by Victionary, and ‘Graphics Alive‘ and has been reviewed in a big list of contemporary fashion and culture magazines such as: WAD, Neo2, Tendencias, Vice, Liebling, Vanidad, DP Magazine, dxi Magazine, H Magazine… etc. 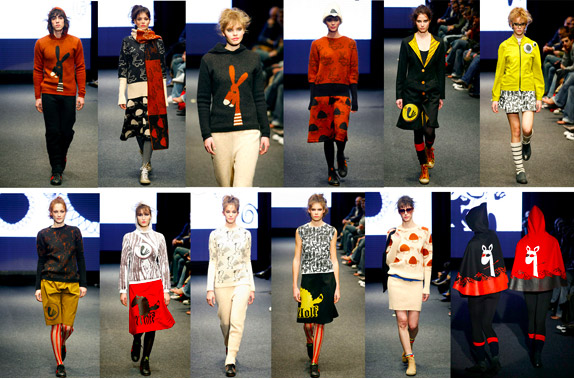 Potipoti clothes are based in graphics and prints animated by little creatures like bunnies, birds or wolves. Thez seem taken from a fairy tale or a childhood dream and get together with a mix of sweetness and a bit of irony. Some of this sweet irony appears in their new OW 0708 collection. The models appear with blue-grey clothes full of prints, the heads covered with knitcaps, and armed with sharp knifes and hatchets. Music is also very important for PotiPoti as an influence in their creations. Thus, the new collection was presented with live music from Hanayo as an integral part of the show. 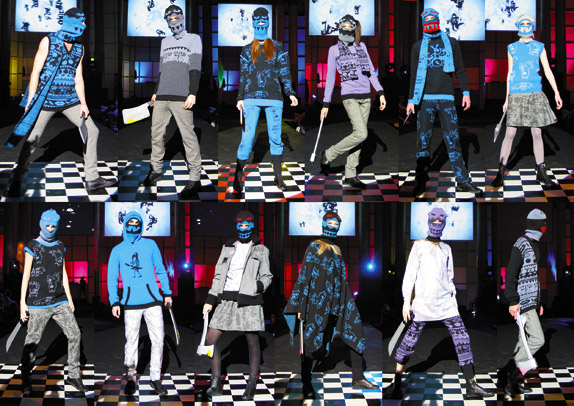 So what else can I say, potipoti has well-deserved national and international success, and if you want to discover their magical universe yourself, you can visit them at the PotiPoti shop in Berlin (50 Chorinstrasse., 10345 Berlin).

Also, you will find their creations in the best shops in Denmark, Japan, Austria, Switzerland, Italy, Russia, Germany… and, most important, in Barcelona at 40 de Mayo. Very recently, they inaugurated a new shop in the center of Barcelona, Comite (8 Notariat, Baecelona), which they share with 5 other young, talented designers: Bingo, Cecilia Sorensen, Elena Martin, Quepasajulia and Pia Kahila.

Well, just to end this article with the latest news about Potipoti, I know that they just won the contest for a prestigious Eye Wear Brand, so now they will design a collection of Potipoti Glasses. Non stop…!