This month’s SHIFT cover was designed by Jun Oson, an illustrator whose work was featured in SHIFT 2007 CALENDAR. His works show impressive and unique touch with a sense of humor. The cover has a story. Please check it again after reading his interview.

Please tell us a bit about yourself.

Hello, I’m an illustrator, Jun Oson. I was born in 1979 and raised in Japan. After graduating from the university where I learned design, I worked at a design company for about a year. After leaving the company, I started working as an illustrator.

What was the trigger for working as an illustrator?

Although I have liked drawing since I was a kid, it was not that “I cannot live without drawing”. So I chose commercial design which I liked as well as drawing because I thought it’s more practical. Then, I entered the university to learn design. My desire to be a designer continued still after graduating, and I started working at a small design company in Nagoya. However, there I found the reality that was far away from the design operation I was expecting before. With such reasons, I went back to my first objective, and my thought “how about making a living with drawing I like?” became strong, then I decided to aim at becoming an illustrator. 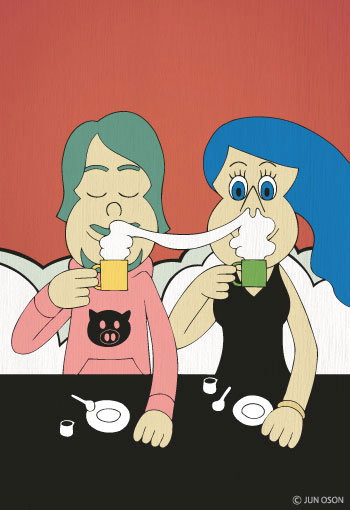 Please introduce some of your main works.

The works on my home page JUNOSON.COM are my main works. The first I’d like to mention is Flash animation. It’s titled “ALLWAYS Manner Mode Mana Chan”. In fact, it’s the first Flash animation I ever made. 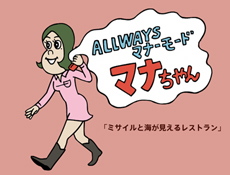 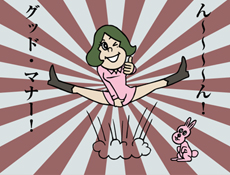 II really feel uneasy when I go to the city and see someone not following the public rules. Though I also think “is it only because I am too nervous?” at the same time. “ALLWAYS Manner Mode Mana Chan” shows various interpretations about the manner with a sense of humor and the cute animation.

Next, the series of Mini Manga is called “FREEMAN”. As the title shows, it’s a surreal comedy pulled out by a main character Alex who doesn’t have a job and other characters around him.As I said before, I am the person who really care about rules, but I let them do the opposite.

Please tell us about your recent activities.

Working for illustration of some websites and also for T-shirts graphics, I am trying to let everyone know about me these days, by holding a solo exhibition and applying for several competitions. 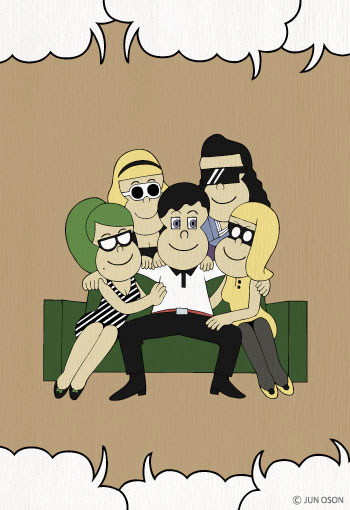 Your works have impressive titles or promo words, and also show a background story. Could you tell us your policy about such words or message?

I am very happy if everyone feels that way. I like pop art, and am very fascinated with the “sardonic” part of pop art. For example, Andy Warhol printed exactly as Campbell Soup, Marcel Duchamp put his signature on a toilet bowl, and they stated flatly that “it’s an art”. I strongly remember the great shock when I saw them. At the moment, I know a lot of artists who have the “sardonic” sense in a good balance, and the works they create are really cool to me. My works are not that completed, but I am always very conscious of the “sardonic” sense. 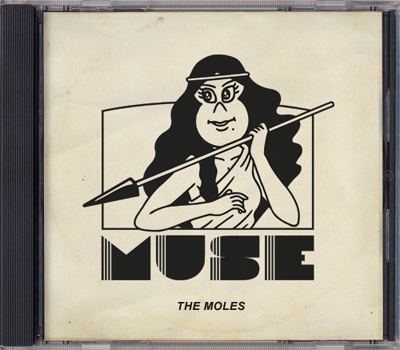 As for the story, you might think that way because I often draw getting ideas from imaginary stories. As an extension of such imaginary stories, I made a series named “Delusion CD Jacket”. In this series, I create CD jackets of inexistent bands even though nobody ask me to do that.