On the night of September 15th, there was a crowd of people around the back street of Aoyama. The DJ booth had great DJs like Shuya Okino and DJ Muro, and the wayside was full with people from dyed-in-the-wool street crews to gorgeous & cute ladies, and even kids drawing with crayons! Yes, it was the night of opening party of Reed Space, a gallery/select shop of Staple Design which leads New York’s street culture. Jeff Staple was visiting Japan to the opening, so I interviewed him about everything over the advance to Tokyo following New York. 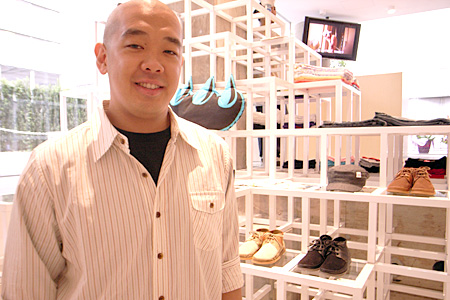 This second Tokyo shop following New York has an endearing atmosphere with a theme of “learning”. The interior was designed by Upsetters who also worked for the spacial design of MATZU EXPO. The dynamic and multilevel structure is a space with a sense of fun, such as with changeroom or bathroom which suddenly appears. There are also exclusive items with detailed brand descriptions, including books and T-shirts from Also Known As. This communication-centered stance was impressive.

Labeling Japan as his “second home”, Jeff has a strong connection with Japanese street scene including his regular contribution for Honeyee.com. I was lucky enough to spend a lunch time together with Jeff, and we had a really friendly conversation from about “quit smoking and pork 10 years ago” to “what’s marriage like?”. Thanks again to Jeff and his manager Hiromi! Please enjoy the following his interview about the Tokyo shop.

Why did you choose Aoyama now?

Harajuku already has power enough, for example, many friends of mine opened shops there. So I looked for the place that was not like Harajuku and chose here. I also found that Aoyama had the similar atmosphere with Lower East Side (an area in New York where reed space is placed). As with when staple design started, we often begin to move accidentally. This advance to Tokyo is the same. We just realized we got many friends in Tokyo, where the economy is getting better, and could find a good property by chance. Every timing was right. 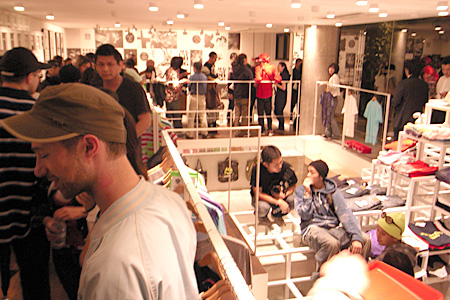 How do you position this space in Japanese creative scene?

As with the New York shop, I want to make a place where 2 types of people meet, designers and the others. Of course this is also the place where designers can discover network or collaboration between designers, but I hope also this place to be where people who are not designers can find what kind of work design is, or what creativity is. As sort of open squares Greece or Rome used to have. 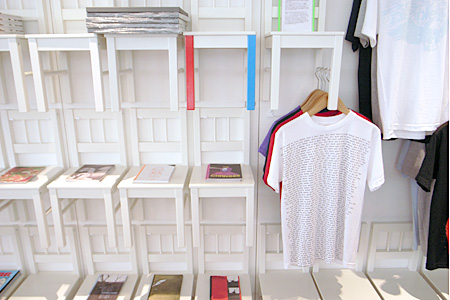 Of course I cannot simply generalize it, but I think their conscious of details is great. I always respect the stance they strictly pursue the quality. As for the weakness, if I were to use one word, it’s “soul”. Emotion, anger, fighting attitude, and such a thing may prove the soul, so it might be hard to find it in a peaceful place like Japan. I don’t say which is better or not, but just it’s common in New York. 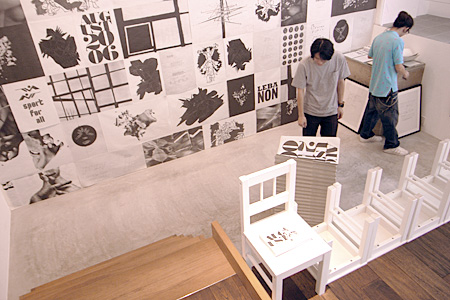 The name of reed came from my former teacher who is very important to me. That’s why the concept of the shop is also “learning”. Creating atmosphere is also important like making a space with chairs, and using woods like corridor, but I want to make a space you can enjoy and learn, not just lining T-shirts up. We’ll introduce many brands and artbooks which have never seen in Japan yet! As I told you before that I also want various people to come, it will be great if you can simply feel “this is a nice space”. As for the details or our conscious of the quality, we want people who are interested in it to enjoy.

Thanks for your time! Please leave a message!

I’ll just make “an exciting place something is always happening”, so you can count on me. If you want your artworks or something in reed space, bring it in. Always welcome!