A long-established name in Den Haag, Concrete opened its new Amsterdam store back in May. Situated on Spuistraat, the store also provides an excellent additional space for TAG, the platform for contemporary visual culture also based in Den Haag.

TAG founder Hicham Khalidi (34) was actually fundamental in the creation of the very first Concrete store back in 1997, when he and his sister Assya decided the city was lacking an outlet for the brands they were into. Assya’s husband Dirk Jongen joined them half an year later and Concrete took off. Their speciality was stocking limited editions from different fashion brands and then expanding the whole Concrete experience by organizing external events like parties and installations. Back then this was still an unusual concept for a shop and Concrete can proudly hold up its head as being the first in Den Haag, if not the Netherlands. 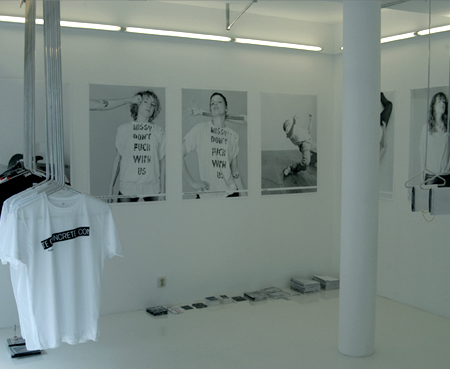 Hicham decided to leave Concrete in 1999 and started TAG with a bunch of friends (artists, film-makers, photographers, curators, graphic and web designers). It was born out of a gallery called 1646 (the date the building was built) that they had all been involved in. There was a need to do more together and make bigger and more diverse projects. TAG was the perfect outlet for this and together with funding from the Den Haag council, there were in a position to make a difference to the visual culture scene in the city. 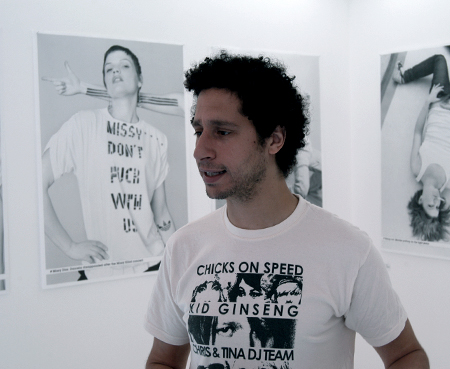 Since then TAG’s reputation and reach has grown and expanded beyond Den Haag (although the city is still its home) and now includes a regular magazine and events which attract the cream of international art talent. Recently, TAG invited Chicks on Speed to take part in a special week-long workshop with them, of which 20 local people were invited to join in (many of them were students from the De Haag Academy). Culminating in a special lecture by Chicks On Speed, the workshops proved a huge success and plans are already in motion for the next series. 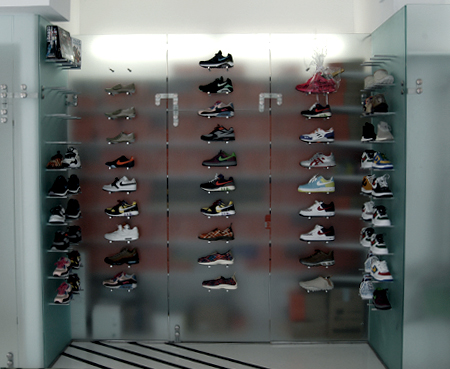 As the organization expands, Antwerp seems to be a possible next focus of attention. One idea is to establish numerous ‘homes’ for TAG in different international cities. The demand for traveling installations is constant and with various ‘homes’, the idea of promoting local visual culture could be targeted specifically per country. 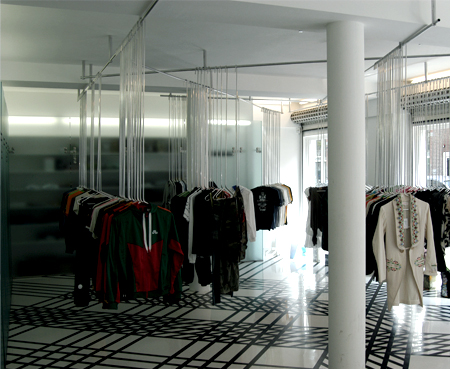 Back in Amsterdam, TAG is filling the exhibition space within Concrete. Opened on 20th May (with a great party!), the new location on Spuistraat itself makes a bold statement and will most certainly kick start the area’s revival as an artistic, ‘rediscovered’ area of the city. The store not only sells great clothes (Walter van Beirendonck, Griffin, Maharishi, Addict, Nike White Label amongst others) but also provides space for TAG to organize a two-monthly exhibition on fashion and pop culture. First off is the photographic exhibition by TAG member, Nadine, entitled Music. Her prime pieces are a series of photos created after a disappointing Missy Elliot concert.