The first work of “I Like Things” can be seen without even entering the exhibition: a big neon light reading “Everything is Going to Be Alright” (Work No.560) is hanged on the facade of the monumental Palazzo dell’Arengario in Piazza del Duomo, the very heart and, possibly, one of the most internationally recognizable places of the town. 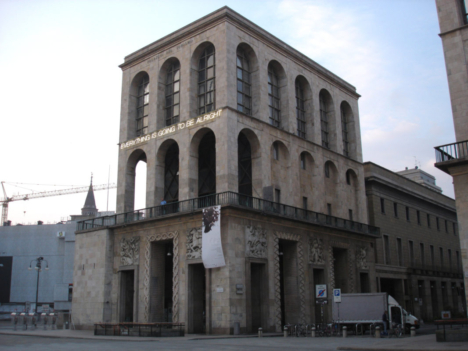 Martin Creed had already suspended a version of this text piece in London East – End leaving the viewers to interpret it: here the phrase echoes ironically the old school optimism of a city that symbolizes Italian economic boom of the fifties and – more simply – seems to be a reassurance addressed at the numerous football fans that gather here daily to watch the FIFA World Cup in the maxi-screen installed in the square. 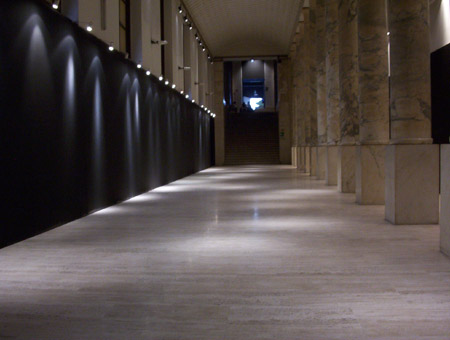 The exhibition includes the most famous work of Martin Creed “Work No.227. The Lights Going On and Off” that won him the Turner Prize in 2001 and it’s exactly what the title suggests: an enormous empty pavilion of the Palazzo is illuminated intermittently with a surprisingly sculptural overall effect. 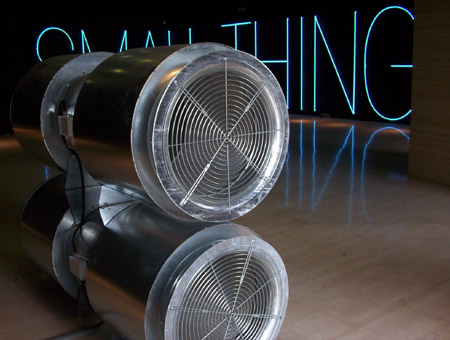 In the main area of the show there is another text piece “Small Things” (Work No.275) that covers entirely two walls, a white grand piano that slams rhythmically (Work No.569) and two gigantic wind fans (Work No.564). In a separate room, there is a video displaying a girl vomiting in front of the camera (Work No.503). 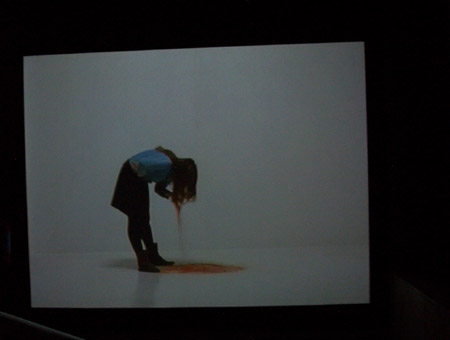 The show reinforces the idea that the British artist Martin Creed (lives and works between London and Alicudi a small island in the Sicilian Sea) is focused on flirting with the idea of reaching the zero degree of meaning in his art, looking for spectacularly accomplished formal figures in the simplest ideas. In doing this, he cannot escape the heritage of minimal and conceptual art, which he deals with using his smart cartoonish irony.