“In October 2003, while I was having a cup of coffee in a bar and reading Hecho en Buenos Aires, I found a small article about the last championship. I immediately circled it and wrote Documentary. I wanted to tell the story”, Damian says. “That’s how it all started”. 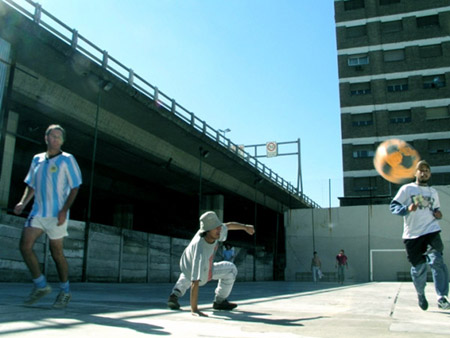 Damian Cukierkorn is the writer, producer and director of “The Other Cup“, a documentary about the training and participation of the Argentine team in the 2004 Homeless Football World Cup at Gothemburg, Sweden.

The boys in the team were coordinated and reunited by homeless BA magazine “Hecho en Buenos Aires” (Made in Buenos Aires) and they traveled to Sweden in July 2004. 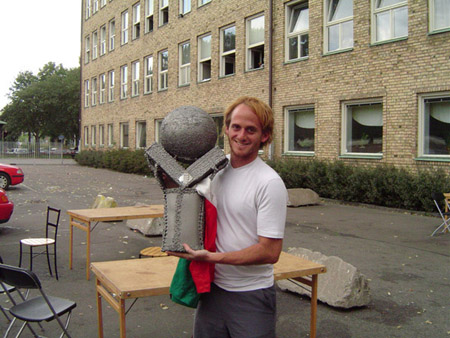 This is not a movie about homeless people. This is a movie about a team.
It’s not a dream team but it’s a group of people playing for a dream: to be heroes, even for one day. 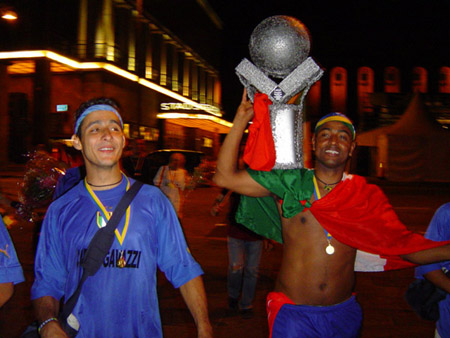 “Tell me one thing, wouldn’t it had been better if they gave you the money to live in BA instead of paying for this trip?”, asked one Latin American journalist. “No, all of us play football and love it, so this is a unique experience. Money isn’t everything. Football is”. This is Omar’s answer. Omar is our hero. The homeless Maradona.