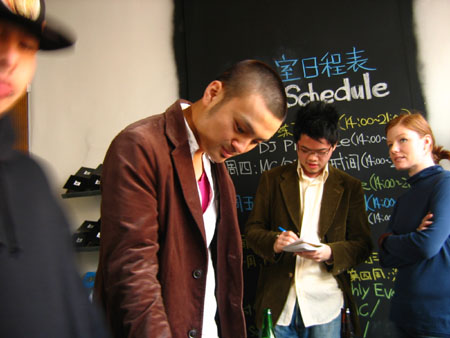 Shanghai’s independent pop culture scene has been undergoing something of a transformation recently. First, the alternative DJ monthly The Antidote hit grimy Dingxi Lu, giving mavericks and weirdos a place to hang out and to get drunk to excellent leftfield tunes. Then, a whole slew of new music venues, promoters and indie galleries seemed to open within months of one another. There’s DaSpace, the Yuyintang Warehouse, Shuffle and Logo bars and quite a few more besides. 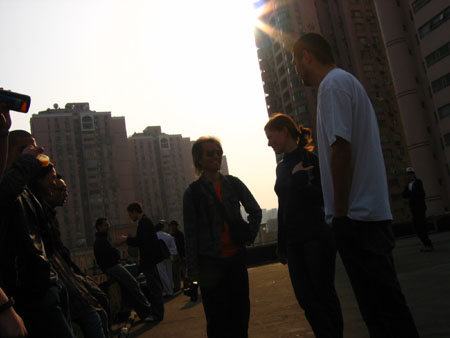 Now, one of the city’s hip hop pioneers, DJ V-nutz, has opened a freeform music space that’s part-music studio, part-your best friend’s living room, and part-hip hop central, in the heart of the city called The Lab. The best part? You don’t have to pay a cent to jam on the decks, enjoy the cosy, WiFi-equipped loft or hang out on
the rooftop patio overlooking central Shanghai. 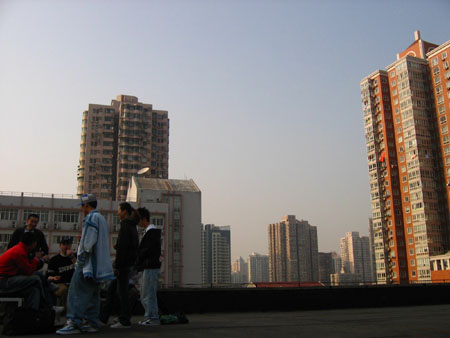 On weekdays The Lab is open to the public, and anyone can jam on the several pairs of 1200s set up there. V-Nutz, a Shanghai native, and his partner, Fortune, say they will be always on hand to give pointers or share a friendly chat. Every Saturday sees another aspect of hip hop or pop culture take centre-stage; live graffiti performances, MC showcases and turntablism displays from Shangha’s arts and music community have already been scheduled. 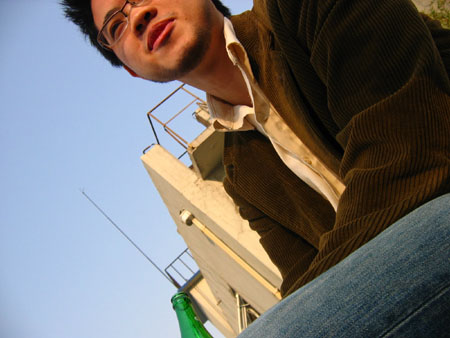 “We hope a lot of local people will come. They don’t have to be a music lover, because it’s free, and you don’t lose anything,” V-Nutz says. “Just come and find something you like here.” 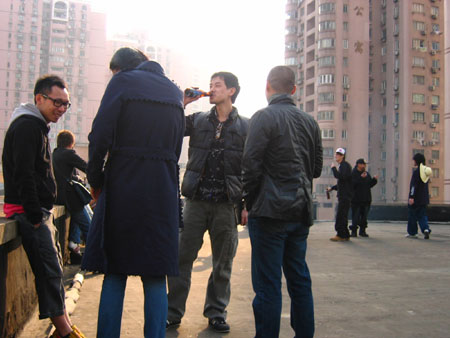 The Lab’s conception marks a turning point in Shanghai’s hip hop scene. While club nights and the annual DMC Championship (which V-Nutz won in 2002, making him China’s first DMC champion) are highlights on the hip hop calendar, The Lab provides a permanent, non-club environment focused on education and skill transfer–an essential component for any scene looking to break out of its event-driven niche. 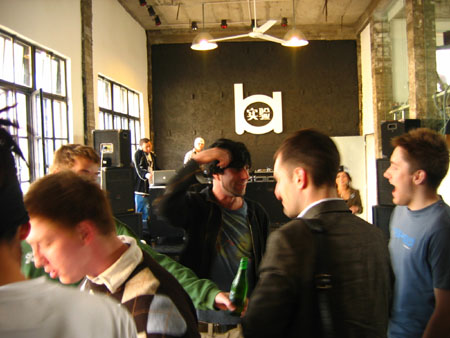 V-nutz, or Gary Wang to friends, helms one of Shanghai’s biggest regular nights, Thursdays at a club called Pegasus. It’s the de facto hip hop night in town, and the soundtrack is a hit parade of the hip hop charts. But V-Nutz’ personal tastes veer towards the obscure and unique: rare groove from the late 60s and 70s, which he occasionally plays out on 45s. He picked up his habit when working at a Harajuku hip hop store while he attended Nippon University studying food economy from 1995 to 1999. The ‘V’ in his name stands for vinyl. 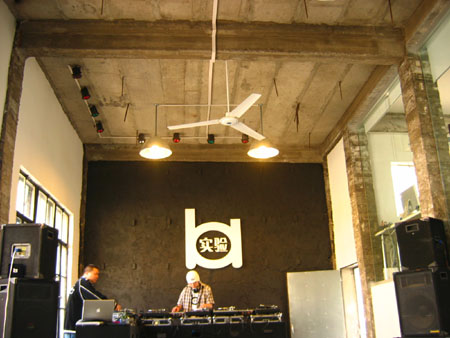 V-nutz came to hip hop in 1988 the way many youths in Asia get their culture: through the black market.

“I got into hip hop in 1989,” he says. “I was at a black market on Yan’an Road that sold all kinds of tapes, from heavy metal to Hong Kong music. I grabbed one of the tapes without knowing what it was. It was so hot I checked it out when I got home–it was Run DMC.”

In many ways, V-nutz’ story captures the mashed-up, multi- everything world we live in: Born in China, educated in Japan; fluent in both languages and English; introduced to hip hop by the black market, but now promoting it altruistically. In any case, The Lab’s experiments in Shanghai’s pop culture should produce some interesting results.