At the Altona station in Hamburg, German as you keep walking along the vehicle-free promenade you will see an empty building built in 1970s. One of the department stores in the building Karstadt, which has offices throughout the whole country, was closed 2 years ago despite the fresh looking sign. However many people stop by and go inside. Yes, this was the hall for “DING DONG! Art festival 2006“. 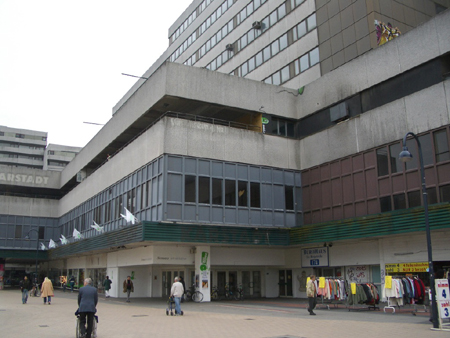 There was only a closet at the entrance. We cannot see the inside. The front desk clerk led me to open the door and pass through the closet like in a fairy-tale. 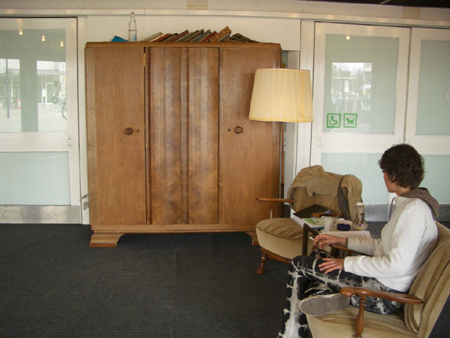 Then there was the world of Karsten Bott. There were all kinds of old things he had collected such as toys, dolls, magazines, cards, bottles, and type writers… etc on the floor. 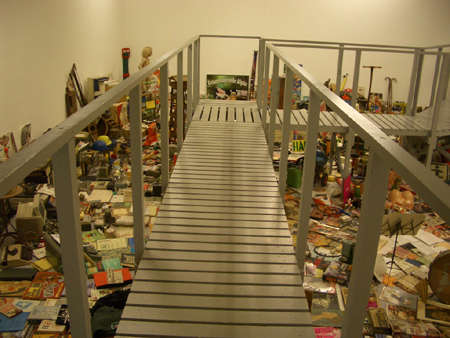 Soon after going through the closet door to the nostalgic space, I could not tell the time and felt like I had been intercepted from the outside. I kept going, captivated by the things on the floor, you will be excited when you see the next opened space. There were installations of entry artists in a huge 3000 m2 space.

About 30 chosen artists from Germany, U.S.A, UK, Canada, and Japan… etc joined for this art festival. Each of artists stayed there and created works by the end of the festival, which incorporated performances and workshops. As the concept of artists’ village, we can see the works one by one like exploring a fairyland. 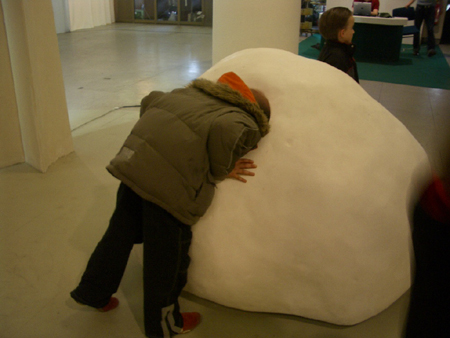 After getting out from the room of Karsten Bott, at first you will see Tillmann Terbuyken & Thomas Baldschwyler works which make us want to stick our head into them. I could hear the opera songs aluminum foil made inside. 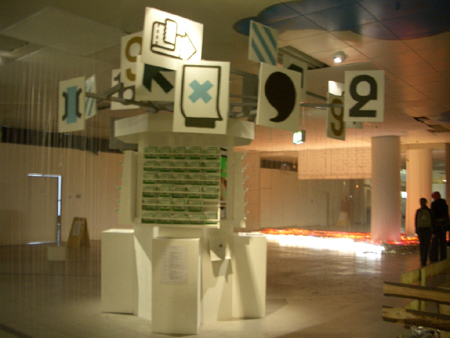 Tightened rubber from floor to the ceiling made a forest by Anneli Schutz. It covered the information tower which had many pop signs made by 56K. Everyone cautiously slashed their way. In the back, there was a bottle cap river by Anna Belle Jons. It came out well with the fluorescent light. 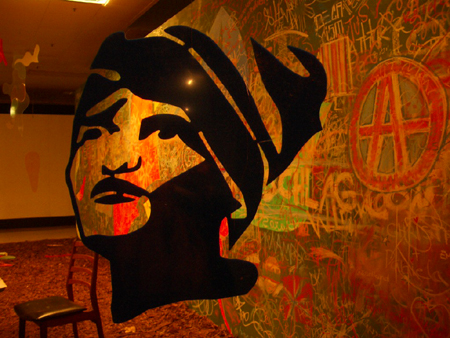 Around the Forest hut which had a bed made by Rupprecht Matthies & Ana Lopez, acrylic glass objects swayed from the ceiling. 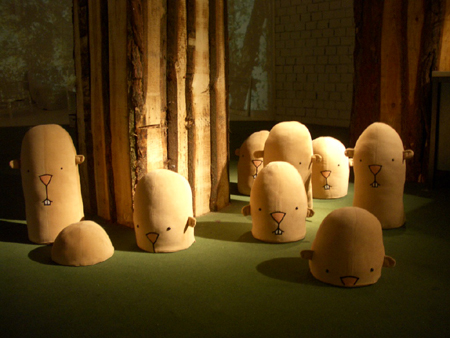 Under the pole used as a tree, we can find Nina Braun’s works which seemed to me like growing mushrooms from the ground.