Have you heard about the “Japan Media Arts Festival“? Shift has featured it in the past several times. As the name tells you, it is a media art festival the Japan Media Art Plaza holds every year. This year is the 9th festival. Most of the works are submitted by candidates not only from Japan but also from all over the world. During the period of 25th February to 5th March, selected works from those candidates are exhibited at Tokyo Metropolitan Museum of Photography and displayed by each category- Art, Entertainment, Animation, Comics. Besides these categories, works received a performance award are displayed and the Student CG Competition is held. This festival also looks toward talented young artists who will come to the front in the future not only artists currently earning a great achievement. 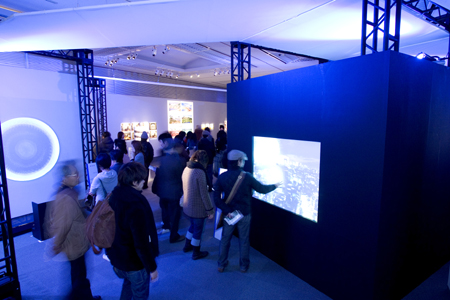 Here in this issue of SHFT, I’m only introducing you several impressive works regardless winning the awards. Detail information about the Grand Prize, outstanding performance awards and other great awards in each category is available on the web site of the Japan Media Arts Festival. 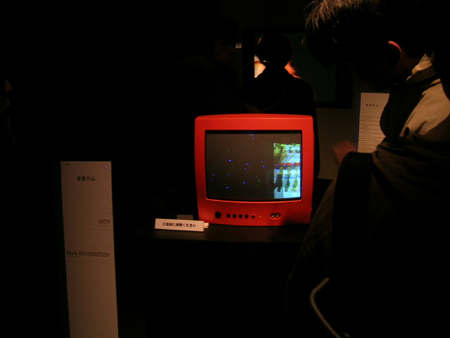 “OiTV” by Mark Hauenstein from the Art Category is a general tube TV, but as you touch, hit, or groan toward it, an image on the screen will change along with these outside effects. When I was playing with this TV, just a regular gossip show was going on which you can usually see on a TV. The show was nothing special, not like it was created only for his work. That, it was a real time TV show and changed with the effects was so astonishing. His trick is worth enough breaking our concept of TV. In the common thought, we cannot interrupt the content of a TV show unless we record it on videotape. It is just broadcasted endless as scheduled no matter what audiences think about it. However, with “OiTV”, we can put some effects on the TV show from the outside based on how we want to play with it – by hitting the side or top of “OiTV” or tilting it. There is no special manipulation. Probably he put some special trick inside of the TV. His idea itself has humor and very favorable. 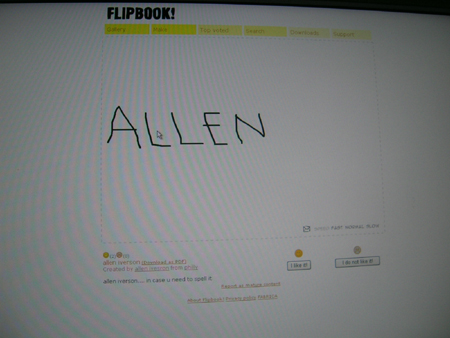 “Flipbook!” by Fan Carlos Gonzales from the Entertainment Category is very interesting by far. It is a computer program for frame animation that moves online. Anyone can enjoy this program easily. “Flipbook!” is actually available online. If interested, go online and try it. You will have so much fun.