Starting the year 2001 a group of friends get together to clean, reform and re-adapt what later will become one of the most emerging independent cultural space in Barcelona. Located in a old bakery house in Gracia’s neighborhood Saladestar is a cutting edge space were the contemporary art production is setted. 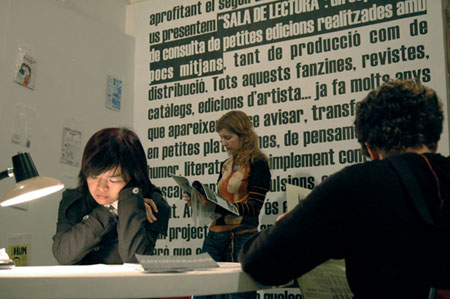 Saladestar is a laboratory of expermientation, interested not only in the art presentation but in the process of development of cultural projects. The space provides a gallery for art exhibitions, a laboratory for artist residence, a documentation space and rooms for music and cinema. 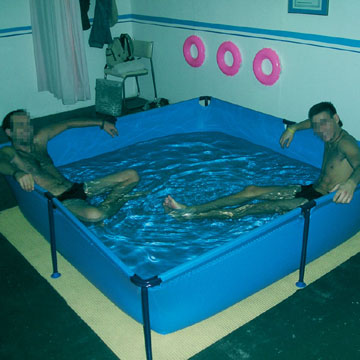 Saladestar (living room in English) have the idea of a meeting point as a part of his concept. The space opens at night (Tuesday – Sundays 20h – 2h) as a Bar and presents cinema festivals and independent films every week. 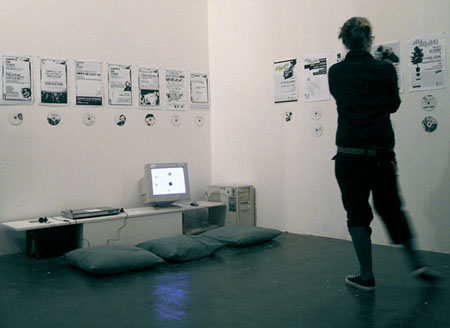 In 2005 Saladestar wanted to interact in the public spaces of Gracia neighborhood, and presents the edition “zero” of GRAC! (Gracia Art al Carrer) the First Independent Festival of Art in Public Spaces in Gracia. The festival in his first edition have count with the works and projects of more than 20 artist from different nationalities, who have participated also as Sponsors of the Festival. 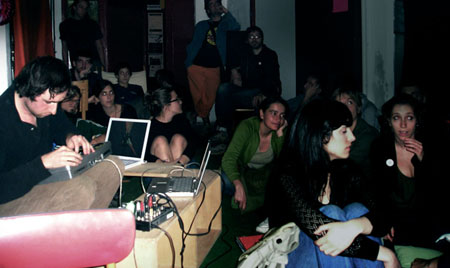 The Grac! 05 have presented in the 3 days of Festival a serie of Conferences with the participation of the most important Barcelona local artists and art institutions. For this year Saladestar prepares the second edition of the GRAC! Festival (join saladestar.com for more info)..

During the 3 years of Saladestar, the space have show more than 160 artists and 40 projects. Saladestar is interested in all kind of contemporary artistic representation with the special focus on social art works, public space interventions, videoart and internet on-line projects.