Momus‘s first concert in Italy could only be held in Venice: the tightly intertwining network of alleys that disorient the inexperienced tourist, the combination of pleasurable Mediterranean sun and the hidden threats and secrets of the sea, and the magnificent palazzi that arouse a troubling and choreographed sensuality make the lagoon city the perfect setting for one of his lyrics and a materialisation, in the form of a city, of many of the salient characteristics of his work.

Spookissima (the name of his Italian tour) offers a rich selection of Nick Currie’s repertoire of conceptual pop songs. This has taken exactly the opposite direction to that of generic independent British music: the blander and more arrogant that this becomes, the more the Scot’s (born in Paisley in 1960) songs become subtle and joyously experimental. 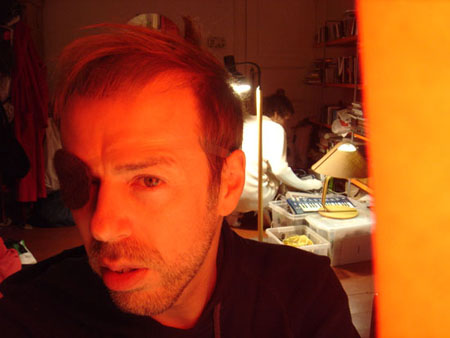 We met him to talk about what till recently were extra-curricular activities but which lately have brought him to the attention of a new public. One of these is as a design critic and cultural commentator for magazines like Wired, I.D. (the American design magazine, not the British contemporary style publication of the same name), AIGA Voice, Metropolis and Design Observer.

“If you could’ve seen me at school, aged 16, you wouldn’t’ve found me hanging out at the Music Room or with the kids listening to Bob Dylan albums, but in the art room, reading copies of the British Design Council’s magazine Design”. His visit to Italy has jolted his memories of the start of his interest in design, one which arose earlier than his passion for music: “When I was in Milan I went to the Triennale and there, in the library downstairs, I found bound copies of Design from the late ’70s, exactly the time I would have been reading it. This magazine doesn’t exist any more, but it was fascinating to read articles about green design, Japanese design, and so on, from that time. I think what I liked about this magazine, and about design as a discipline, was that design seemed to be very
interested in the future, and in making life better for people. It has an inevitably utopian emphasis. It challenges society, but in a helpful, constructive way, not a negative, confrontational way”. 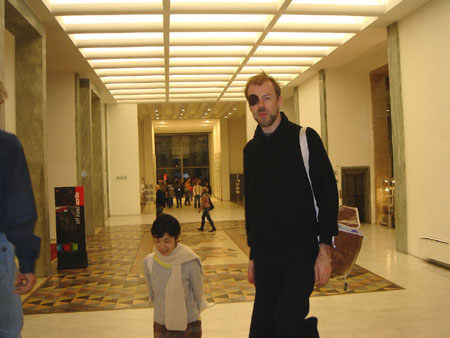 Nick Currie’s writing is brilliant. He manages to bring together apparently unrelated cultural products and ideas to create lucid analyses using the composite microcosm of visual culture as a platform to observe the broader aspects of society. The idea of creativity as an emancipatory social force returns in his article ‘Design as Religion’ in which he describes the specialised bookshops Magma, Analogue and Zakka as the contemporary temples of a cult of visual culture that brings elevated, spiritual values. We asked him what, in his opinion, were the most important objectives that the design culture could achieve today.

“This ‘design as religion’ thing is something I feel ambivalent about; my essay ‘Design Zen‘ shows the dark side of this, which I suppose is that design is just the vapid religion of a consumer society. But to answer your question, design could be the way for planning to re-enter public life. Planning got discredited by those who think socialism is a failed experiment, but planning is essential. And design is a kind of low-level planning. It’s Apollonian, and contextual. ‘Something is going wrong here, and we can re-direct things so that it goes right again’. Design can be the antidote to what I call ‘moronic cynicism’, the idea that things are inevitably getting worse, that exchange-value rather than use-value determines everything, and that we will all kill each other and destroy the planet. But design is important because it marries this ethical virtue to aesthetic values”.