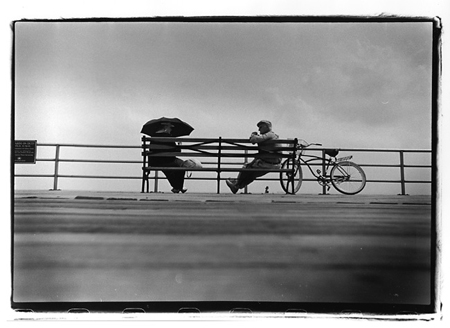 I heard about Coney Island roughly six years ago, right before I moved to New York. A friend insisted I go there in the dead of winter to check out the deserted amusement park. Needless to say I headed straight there to see if it lived up to my friends descriptions, and since I’ve always had a fascination for abandoned places, Coney Island sounded like it had potential! However, after taking the 60 minute train-ride out there I was disappointed by how busy it was. There was a whole community of people who shattered any illusion I had of urban abandonment. 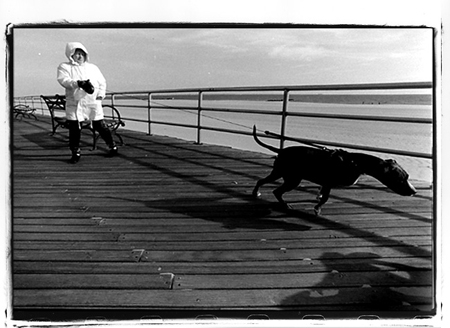 Despite this early disappointment however I’ve been back to Coney Island quite a few times, and have gotten to know it quite well. The reasons I go are partly because it feels a million miles away from New York City, and also because it’s a great place to go and watch people. My fascination has a lot to do with the many interesting visual textures Coney Island has and how people here interact within this unique environment. 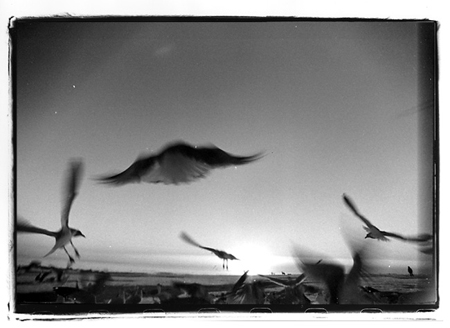 Roughly four miles long and about a mile wide, it’s got it’s share of guidebook worthy traditions: it’s home to the famous Nathan’s Hot Dog, The “Cyclone” roller coaster, an aquarium, the annual Mermaid Parade, a huge windswept beach and enough badly painted boardwalk signage to make your eyes hurt. All this juxtaposed with the characters you come across make things here interesting and sometimes unexpected. The people here, as far as I can tell all seem to co-exist without any real need for New York City, or at least it feels that way.