Take ten of everything and put them together with alcohol and what do you get? Rojak! Rojak the local salad sees chunks of pineapple, cucumber, turnip, dough fritters and fried tofu infused with prawn paste, accompanied with bean-sprouts and jellyfish, blended with a special recipe of chilies, topped off with crushed roasted peanuts. It is pungent in smell, strong in taste and refreshing in every bite. 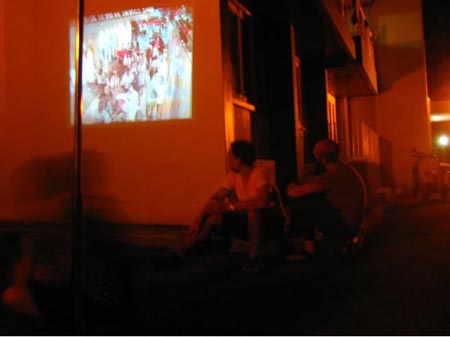 Refreshing was the first Rojak, an entire series of parties that are dedicated to the celebration of the local arts scene. Ten is the magic number as ten people (basically anyone who wants to present their work, ranging from Artists, Architects, Filmakers to Graphic designers) consolidate their works in ten slides and present them at a party at starts at ten pm. Accompanied by the booze, the mood lighting and host’s Italian furniture and you get a mish mesh of ideas and personalities. 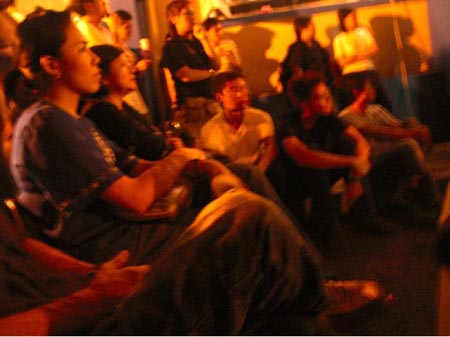 Inspired by the Pecha Kucha Night by Klein Dytham architecture in Tokyo, Rojak creates an informal platform for local designers and artists to mingle and explore different disciplines, allowing others to peek into the process and thoughts of others. Despite standing/sitting/squatting in the open-air car park with glasses of wine in their hands, the audience was enthralled to see the creators of works that had been appearing within the gaps of the city.

Zouk flyers have been creating interest with their attention grabbing flyers that have interesting concepts and graphics. James Khing showcased some of the work he has done for them and the concepts and ideas that went behind the graphics (who says graphics are only aesthetics based)! 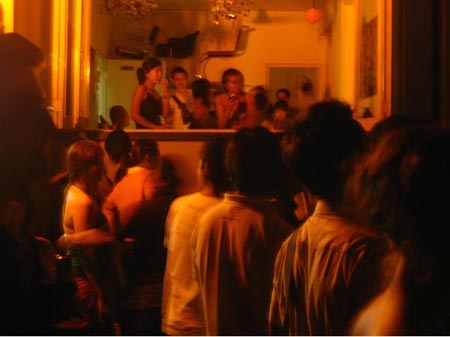 We also peeked into Justin Lee’s sketch book as he explains his latest installation work at the Esplanade underpass. Entitled Our People, Our Lifestyle, he examines the little things that make Singaporean Singaporean. Looking at the influx of technology and globalization on the effect on local culture, Justin takes little stabs at our own local fetishes.

Architects Kelvin Ang and Tiah Nan Chyuan presented urban corners and the renovation process of a house respectively. From unique street corners in Singapore to the ongoing construction work that has no construction drawings but rather allows the contractor to interpret the given design, it was a contrast between the become and becoming.

The second Rojak is due in September and the second helping is expected to be spicier and more tantalizing. Make room for it and be part of it.