Loads of information come and go through every day. Marcos Weskamp has created some projects, which visualize such unseen information with academic and interesting concept and technology. We interviewed him and grabbed interesting talk. 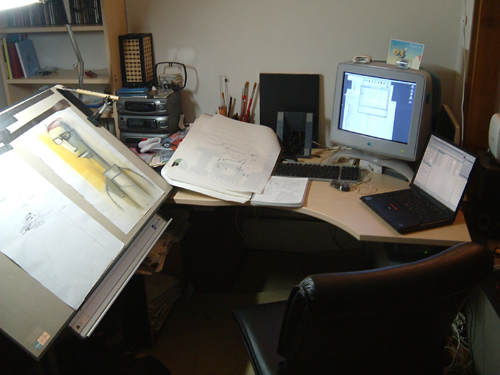 I was born in Rosario, Argentina in 1977. When I entered University I was taking classes in Architecture, Fine Arts, and Graphic Design. It was in Architecture school where they had us study contemporary Japanese Architects, and somehow I got so interested that I’d spend my days in the school Library researching about traditional Japanese crafts. I loved the simplicity and pureness and sometimes humility of all the forms.

I came to Japan in 1998 with a scholarship from the Japanese Ministry of Education (Monbusho), had a year in language school and later entered Graphic Design school. Besides having spent all my life sketching and painting with analog tools, I had been a computer geek all the way, I was introduced to computers when I was 10 through Syemour Pappert’s Logo, which was an excellent introduction to the mechanics of geometry and computer programming, and I somehow made computers my ally since then. During all that time, my prime way of communication with friends and family back home was the internet so it wasn’t until I was here, half a planet away from where I grew up when computers became a necessity for everyday survival.

Again, that was 1998 and the commercial internet was just starting in Japan. I somehow got my hands on a tiny handheld PC and I spent all the money I had saved on part-time jobs to get an internet provider. When I graduated Design school I had already done a couple of freelance projects on HTML CGI and Flash, as well as some commercial illustration. But it only when I got a job when I started scripting and programming for my daily bread. Those first years I was really lucky to work with the most inspiring and amazing people, to whom I’ll always be more than grateful.

Although today I design at the same time I write software; Code gives life to my designs – but I still don’t regard myself as a programmer. I don’t think it’d be appropriate.

Please tell us your current activity.

I’ve been freelancing in the web industry for the past 3 years although from April 1st of this year we are starting a small creative studio with a couple of other friends. I know it’s going to be really tough, but I’m super excited about it! 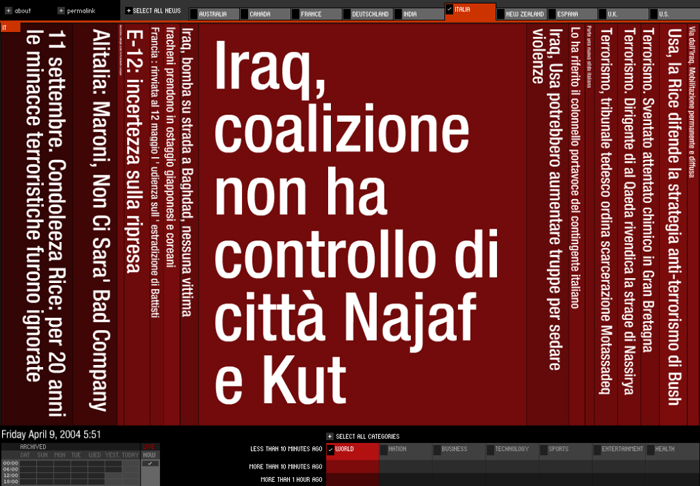 In your own web site, there are both works which is using high technology like Social Circles and fantastic drawings which is like an illustration for a fairy tale. They seem to be opposite thing in a way. What’s your idea about the relationship between virtual and reality, digital and analogue?

I’ve always been trapped in between both worlds, the screen and canvas, programming and brushes, bits and atoms. Digital and analog media are completely different from the base. Still, no matter on which side of the line you stand on, I believe the most interesting part is the possibilities each medium presents, as each medium gives different possibilities to represent the same concept. Marshall Mc Luhan’s pointed out that the message to be communicated will always be rhetorically biased by the medium it is transmitted through. My interests also lay in finding those distortions in each medium.

I think today there is still very well defined line between reality and virtuality, most people are still used to think about virtuality as something that lives inside a screen. I think my works are still trapped on either side of that line, but I’m deeply interested in somehow filling the gap. I don’t think I’m really there yet. 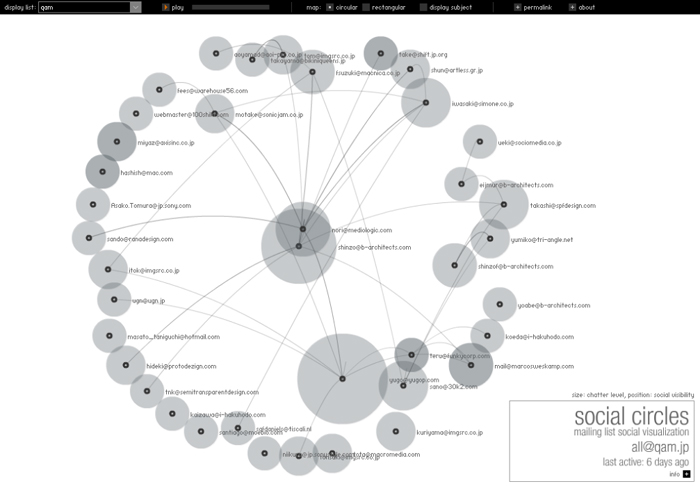 Your project such as Social Circles and Newsmap has the concept of “visualization of unseen information”. What do you find interesting in the concept?

I’d say it’s slightly more like visualization of unseen patterns in information. I think today we are being constantly bombarded with information, be it on the street, on the train, on TV, radio. The Internet is a wonderful communication tool, but day after day we find ourselves constantly dealing with information overload. Today, the internet presents a new challenge, the wide and unregulated distribution of information requires new visual paradigms to organize, simplify and analyze large amounts of data. New user interface challenges are arising to deal with all that overwhelming quantity of information. Information visualization is a fusion between graphic design, scientific visualization, and human-computer interaction.

Still my interest goes a step further from that, to the point where information becomes expressive. Ben Fry introduced the concept of information metabolism; ” a visualization would consume data; if the data were ‘nutritious’, the visualization would become ‘corpulent.’ Today, utilizing the network as a medium, we can then start creating engines to which we feed either previously harvested or realtime data, and depending on the quality and quantity of it, the visualizations reacts in different ways, becoming each time a completely different being.