Across the Atlantic at around the same time, Frank Habicht‘s work was also steadily garnering a reputation for its cinematic edge. Essentially his collection of portraits on show at colette capture fleeting moments and spontaneous expressions, whilst displaying the photographer’s ability to provoke an action or a reaction from his subject matter. 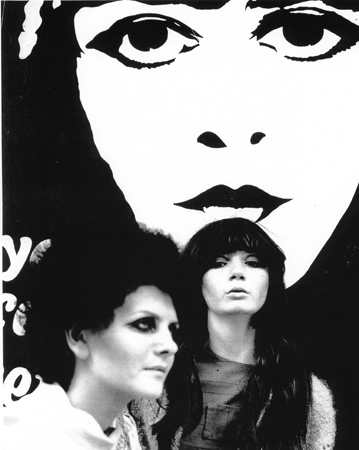 Having first developed an interest for photography in his teenage years, Habicht endured a short but successful stint in London before moving on to Paris where his lighting techniques were undoubtedly refined whilst freelancing for magazines including Esquire, The Guardian and The Sunday Times, and working alongside directors Roman Polanski, Jules Dassin and Jacques Deray as an on-set photographer. 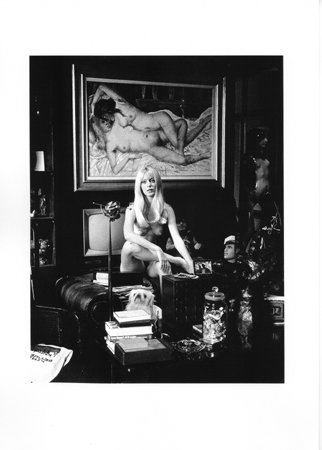 Precisely at a point when his career in Europe was reaching its peak, Habicht surprisingly fled to New Zealand with his family where he is based today and continues to work as a freelance photographer, in addition to recently concluding work on a book titled “In the Sixties” (1998) which is available for purchase at the exhibit. 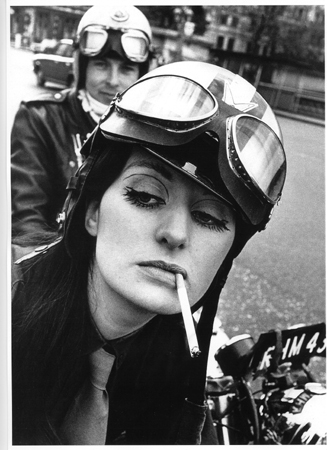 Frank Habicht, Live it to the Hilt, Renee, Westminster Bridge, 1968

Recently, whilst shopping at colette, documentarists Francoise Lazard and Patrick Jucaud stumbled across a rare copy of Frank Habicht’s photo album titled “Young London: Permissive Paradise” (1969). After tracking him down in New Zealand, they convinced him to publish a limited series of images comprising pop idols, models, stars and ordinary, everyday people enjoying the 60’s in all its glory. This collection of photographs has been christened “Karma Sixties” and sets the scene for Habicht’s presence at colette.