Back from holidays and ready to restart another season discovering what’s interesting in the city. After Surf and wind-surf’s world championships competition, waiting for some interesting fashion’s events… I found an motivating project that is going to pace up from the net. It’s called Camouflage and it’s a Portuguese e-zine which has good ambitions to explore what’s really cool and fresh is coming out from the talent of many national designers and artists. Camouflage was the first PDF Magazine to be released in Portugal. 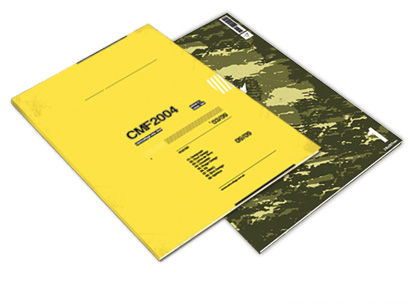 Born on May 2002, Camouflage only started to make its first steps towards the design world on July 2003. This large time space was due create all the concept that was really worth it, constructing a suggestive name, defining the periodicity of the issues, determining which artists are going to participate.

The Camouflage PDF Zine, created by David Carvalho, is an experimental design magazine, a strictly visual project, with quarterly issues. Nine artists produce nine illustrations every issue, with the real size of an A4, the project is sponsored by Pkage Design Studio with the objective of bringing a better and bigger support to the entire project. 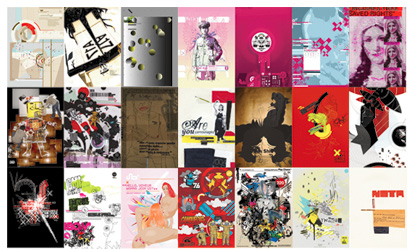 The need of fulfilling a gap that existed in the Portuguese design community, constituted by the lack of projects and dynamism, took Camouflage to try to unite the community as a whole, so that the designers’ individualism would disappear.

Asking David what about the expectations and the future goals of the project, he simply replies: “As for the main objective of this project, it was to watch the evolution and the changes of styles and trends, by reporting every three months during two years. In the beginning it seemed crazy, now it’s reality”. 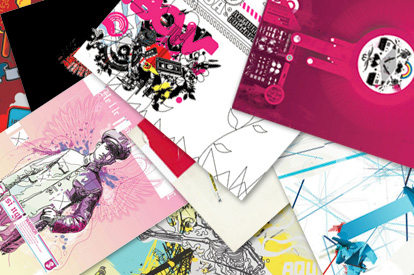 So every 3 months 9 artists are invited to build an illustration to the zine with no theme at all, with the idea of expressing there ideas in a free way, until August 2005, the ending date, this project will count with nine magazines produced and will be finalized after publishing a book that will include all the illustrations done for Camouflage in these past 3 years (81 total), being the best ones pointed out.