However it’s not just a magazine that the guys have created – it’s also a music label, ‘not limited to a genre of music but more about the people who make it’. Apart from the excellent music compilation CD’s that accompany the magazine, the guys have also released stand-alone singles for artists signed to That Dam!. The label’s first release was an unique white 10″ piece of vinyl by Pfaff, (‘Think raw and essential rock’n’roll with two drummers … or…headless chicken music) followed by some CD’s for other artists including Dress (think poppy melancholy postrock) and Sykosonics. The most popular element however has been the compilations attached to the magazine, ‘because of it’s regularity it becomes a great showcase for a band’s music’. 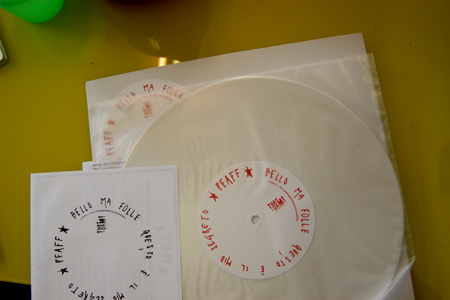 Speaking of showcases, That Dam! are also involved in the Krawattenklup which also act as a launch night for the new editions of the magazine. The idea is to present a variety of different bands set among other performances which can include poetry, film, classical music and even magic. Their choice of location is also an important factor with one of the most successful being an evening at Zaal 100 in Westerpark.) 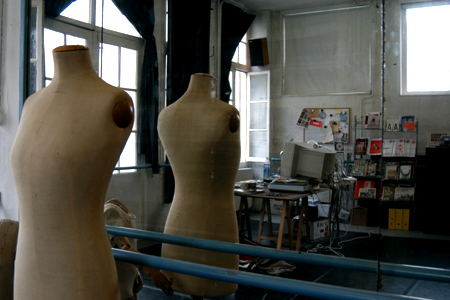 With plans afoot to relocate That Dam! to larger and more accessible premises, things are looking good for the Amsterdam duo. They are also currently working on expanding the That Dam! brand to include self-published books including one currently in development which is based around Bas J’s poetry, ‘the idea is to illustrate it plus also attach a CD with accompanying music. We want to promote it via our existing distribution channels for the magazine, which are mainly record shops, so we can offer it to a much wider audience than the usual arty bookshop crowd.’

The next issue of That Dam! magazine will be out end of September and you can also catch them live at the Crossing Border festival in Den Haag 11th-15th November. For more information on magazine subscriptions and to hear their latest music releases, check out www.thatdam.nl