Nike was born from a track coach’s obsession with making his runners faster. With the Art of Speed project, Nike sought an outside perspective, asking 15 digital artists to create their own visions of speed through a Nike lens. The artists themselves are as diverse as their results suggest, combining multi-media backgrounds in filmmaking, graphic design and architecture among others. Through their eyes we can see 15 unique visions of what it is to be fast. 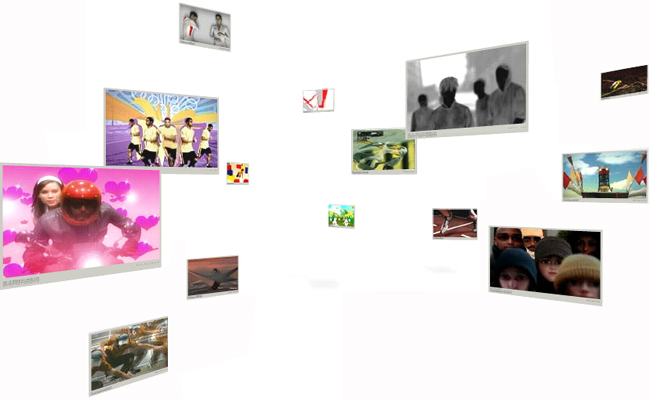 One or two movies are going to be updated through May and June at Nikelab.com. Let’s look into 5 works out of them. You can also enjoy some short movie clips. 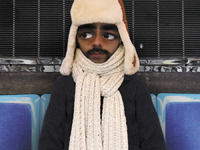 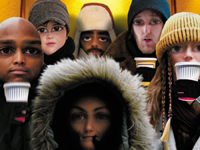 One Step Ahead | Stefan Nadelman | 3’52”
An adrenaline-infused take on the tortoise and the hare parable, “One Step Ahead” shows an eager-eyed commuter struggling to stay ahead of those he’s “commuting against.” Whenever he gets trapped, he can barely contain himself, and several times, he has to literally bust out of the confining space – be it subway train, bus or stairwell. Freedom, speed, “the rush” and victory are all explored in the context of a modern world which seems bent on reducing us to inaction. 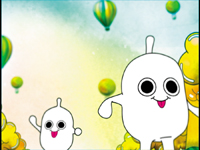 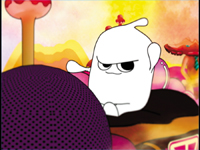 Oggo | Saiman Chow + Han Lee | 5’59”
An over-the-top allegory of speed as demonstrated by a no-holds-barred competition between adrenaline cells (or “oggo”) in a runner’s body. As a runner cruises through the frame, we are taken “inside” his body, where oggo race each other. When one oggo lags behind and is mocked by the others, he creates a motorcycle to outrace the others. They respond in kind and the race is on, presenting a visual feast of kinetic psychedelia, yet conveying a simple message: Speed is ruthless and relentless, even when it begins as a simple jog from home. 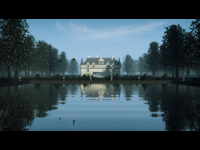 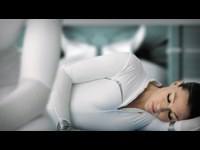 Les Jumelles | Kdlab | 2’05”
This short film follows the morning run of an athlete in the distant future, who leaves her home for a high-speed run in a pair of Celar 2 shoes and a Nike Swift Suit. During this jog – which for her lasts only half an hour – a much longer time passes at her home, where all natural things age and change significantly while she is away, including the twin she has left behind. 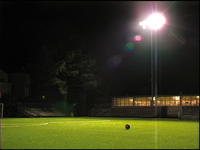 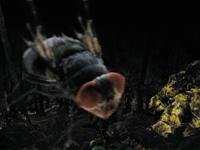 Beyond the Bleachers | Stiletto NYC | 2’45”
Through the eyes of an unknown protagonist, the viewer follows a ball that has rolled into the woods, only to become disoriented and turn back. But the field is no longer there. As panic sets in, time seems to speed up, and the surroundings become hyper-real. Bizarre angles, extreme close ups, stark contrasts of color, light and shadow all convey the threatening claustrophobia of the forest. Things that were once microscopic-bugs and worms-have grown to monstrous proportions towering over the viewer’s protagonist host. The audio also cues bursts of adrenaline that drastically alter the viewer’s perception of time, proportion and reality.

The Shortest Race | Honest | 7’51”
From start to finish, The Shortest Race is 39.9″ long. This concept turns the idea of a race upside down – anyone can compete. The film explores different philosophies about training for an event that’s never been run before. Shot like a classic sporting event, every finish is a photo finish, complete with runners geared up in their Zoom MaxCat shoes for what ends up being a one stride race-cutting right to what everyone waits to see: the finish.