The Quarantine Series is the latest addition to Amsterdam’s contemporary art scene. Nina Folkersma is the curator responsible for this relatively new project and we met up so she could fill me in on how it’s all working out. 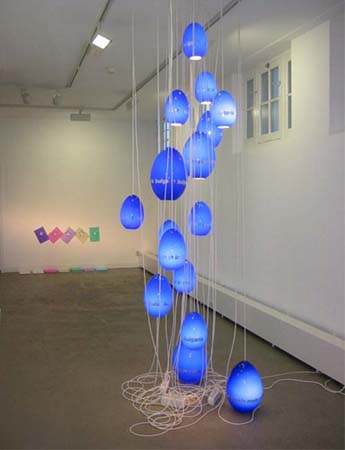 Former participant at the Curatorial Training Programme of De Appel, Nina initiated a series of exhibitions in 2001 based at the space managed by SKL6 (Stichting Kunstwerk Loods 6) – a foundation supporting innovative art projects and managing of the former luggage hall located on KNSM Island. 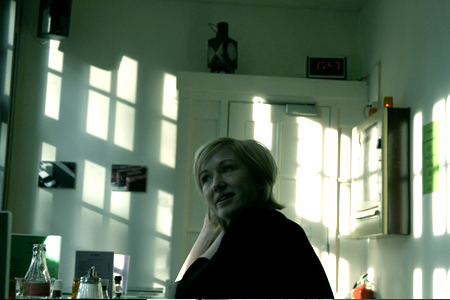 She still continues her relationship with SKL6 as an advisor to the board and it was from subsequent exhibitions that were held in this huge space, that the idea came of creating a dynamic program of exhibitions and events for a smaller site. Nina was drawn to the smaller location at the former ‘quarantine’ building because of its great spot in an area undergoing intense cultural investment. 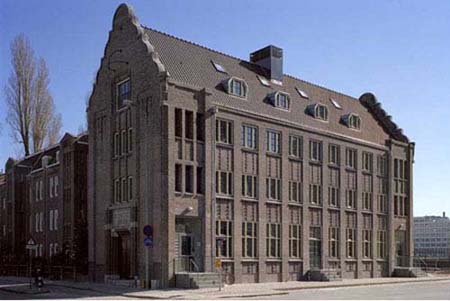 By sharing a space with a cafe, Nina was also curious if her exhibitions would become more accessible to a different public. Quarantine Series would launch as a 12-month pilot project and in June 2003 the programme kicked off to a much anticipated and enthusiastic reception. Nina’s aim is to attract a selection of interesting international talent – an element Nina felt had been unexploited and underdeveloped by the Amsterdam art scene – and this approach has won her many fans.

Her particular taste and enthusiasm for contemporary art has led her to establish relationships with artists working across Europe in institutions as diverse as the Palais de Tokyo in Paris. Her idea to present the various exhibitions as chapters from a story and exploit the different possibilities of the space has already made QS well known internationally.