“I once wrote a story about a man who absorbed everyone’s pain and was slowly dying. The story ends when he dies in the middle of a downtown street while everyone around still keep transferring their pain to him. It was called ‘The link'” – Gay-by Mangano.

Gay-by Mangano is the leader of the band. For him, press stuff is new, he likes to know it all, he asks all kinds of questions, he wants to hear the critics, but he’s not sure he can handle them. Nonetheless, he makes an effort and receives me at home. 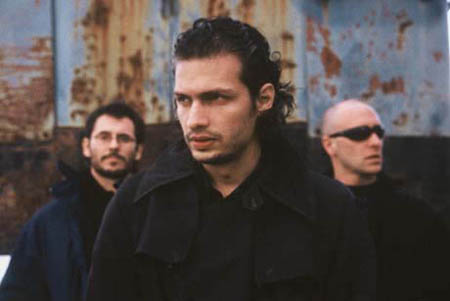 “I remember the time music came to me. When you play your first song, you want to make a worldwide revolution from your own little universe. I started to care for music at the age of 22, I was already a grown up.”

He likes to define Dualphonic as a project which combines European trip hop sound with new trends of symphonic pop music. He sits inside his room to create songs that have been laying inside his mind during a long time. Some of these songs began with a vision, others came from deep dreams. Each one of them is unique and reflects one side of him.

“When I think of one song, it appears to me as a whole, like a vision. We all tend to look for associations between images and sounds, that’s the natural thing, I guess. I like to imagine the music for certain movies, too. The intention is to use all of our senses.” 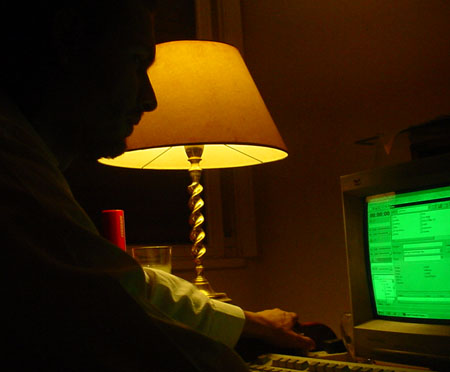 Some people don’t want Dualphonic to express in English. But their songs are written in English and the voice that leads us through the whole show from inside the screen speaks English too. American English.

“I believe that you can transmit something through music, even if you don’t understand the language. I wanted to make comments with subtitles, but I didn’t want to make them in Spanish. The reading of the subtitles creates the feedback with the audience. I like to take risks, to surprise people all the time.”

“Our next show is called “The rise of the Trademarks”, and it tells my own story, since I was first related to marketing until today. We want to break up with trademarks by being one: Dualphonic.” 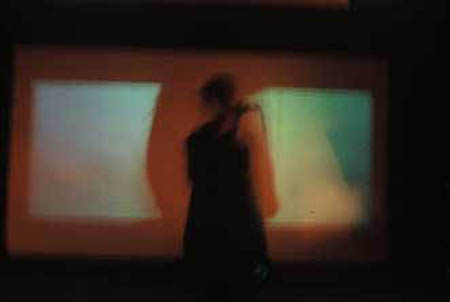 Gay-by comments on his obsession for TV as if was the most natural thing on earth. But we all know it’s not. All these years of continuous presence in front of TV and computers have turned him into a photophobic, and still, he wants more. Leader of an endless fight, Gay-by keeps struggling between trademarks and revolution but he’d rather ignore that fact, he chooses to fight without the knowledge of it.

“I think some of the video clips reflect my own rebelliousness, those are the risks I take. I must do that. I have to, because I feel like it, I see it and want to show it, beyond the fact that it may or not be deep. If it’s inside my head, then I can show it.”