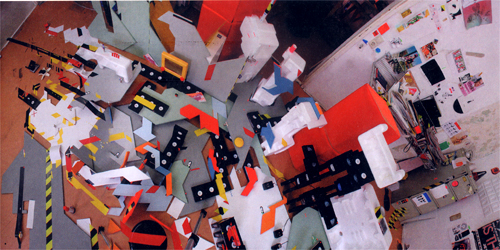 This work has been created by Berlin’s Designbuerau Pfadfinderei, a Berlin based design Bureau. “This work was originally developed for the magazine Backjumps. They were told “you’re allowed to use everything except your computer!” and then the Pfadfinderei Crew created this work with that in mind.” as Mr. Mai explains. 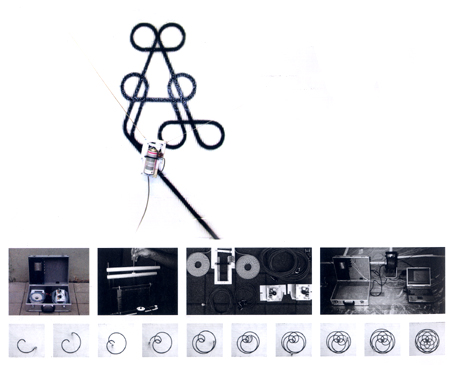 This machine is called Hector and is a collaboration project between Jurg Lehni and Uli Franke from Zurich. It is the first wall-spraying machine worldwide and they are currently not planning to produce and sell others. Hektor is vector orientated and still uses a spray-can. We are living in a world not to imagine without computers and encroachments in more and more realms. But as Mr. Mai says “As in all disciplines, there is no machine that can totally replace or copy the movement of the human hand.” 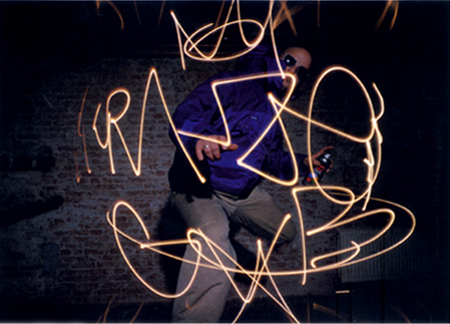 “Pips:lab”, a collective from Amsterdam is showing Light animations. In font of a multiple camera set-up they spray with an empty spray can with a light bulb attached to it. By placing in sequence, they achieve this striking effect.

By and by writing gained more and more of importance. So asking Mr. Mai if he thinks writings is too ubiquitous nowadays, he replies: “There is definitely an information overflow. In many ways classical graffiti does not stand out anymore as everything is literally covered with it. Little wonder then that street art is breaking up the traditional ways graffiti was handled by working with characters, posters and stencils as well as interacting with urban messages.”

Although writing appears in almost every field, there is always a spot to create something new and to improve in any field that is already existing. The book shows the highlights of the “informational overflow” so it is definitely worth a look at it.