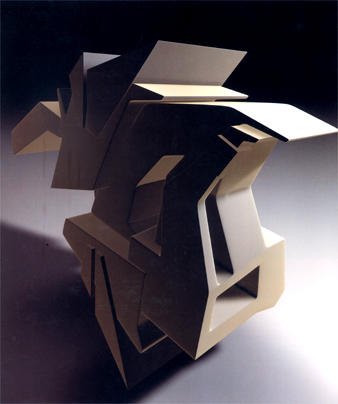 “Space has always been an issue in Writing, so it is a logical consequence if you start with traditional writings and then go over to 3D-objects or architecture. Writers tried to simulate space in their work, giving it a third dimension. From the construction of a 3D tag to building objects is only a small step.” (M. Mai) The combination of writing and architectural elements is a possibility to “design the space”. 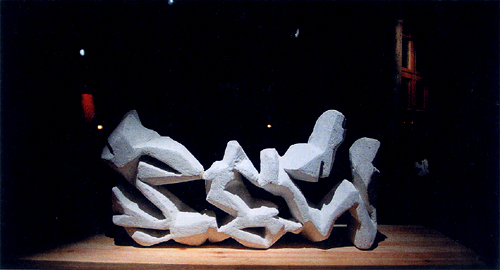 To the question if it is essential that creators of 3D-objects and architectural buildings have gathered experiences in writings first Mr. Mai says it is not, but certainly helpful. “Even the construction of a tag demands quite a bit of structural thinking. This definitely helps when it comes to thinking in three dimensions.” Writers are changing from beyond two dimensions. The originality of the draft in 2D is decisive to the quality of the final work, the 3D object So both 2D and 3D are taking a benefit from each other. 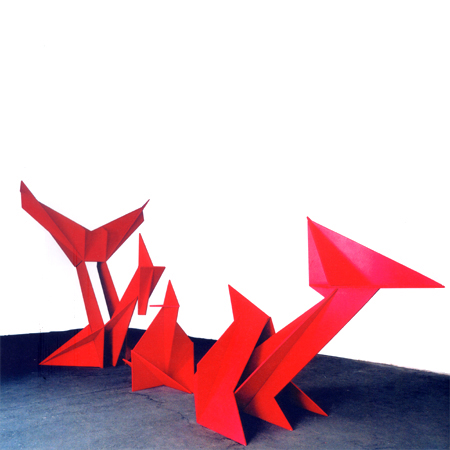 The artwork above is from Jan Kalab from the former Czechoslovakia. He did a lot of 3D Graffiti objects he installed in the public space and streets. Almost every writer is starting with an aerosol “tagging” the walls and streets during night. It seems to be common to change the field later on going over to 3D and architectural objects. Mr. Mai is explaining: “Writing has always been reflecting and commenting on urban surroundings. Architecture creates urban spaces and Writing comments and reflects these spaces. Writings picks up and predicts architectural styles.”

Colin Ardley, Above And Below Horizon, 1994

This work above is called “Above and Below Horizon” in 1994 from Colin Ardley. His works involve the intricate assembly of plain and painted lengths of wood, and deals with the constructive tradition of wall sculpture that both articulates and reconfigures the space around it.