The 7th annual biggest open-air music event in Japan, Fuji Rock Festival was held for four days from the 25th of July. From the first to the third edition, the festival was held in different places but it has been held at Naeba Snow Resort since the fourth year. This year, this massive festival was run for four days including the eve of the festival, and featured more than a hundred groups of artists. From rock to techno and ethnic music, it covered all genres and drew audiences totaling 100,000 people over three days. 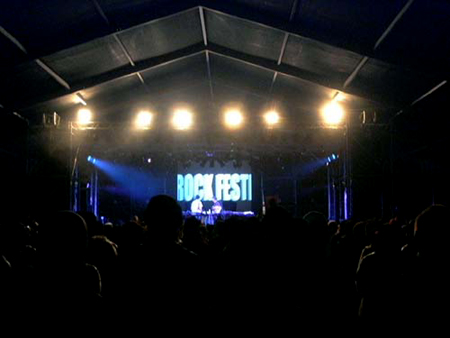 Unfortunately, the first day was rainy and I was remembering the stormy first Fuji Rock festival in a car. Actually, I did not go to that one but many people told me the stories. So I was wondering if this 7th edition would be a disturbing one. However, when I thought about The Underworld, which capped the finale, that anxiety was gone because they are my idols since I was a teenager. I still clearly remember their wonderful performace on the White Stage in 1999, so that I though the rain would not be a big problem. Also, this was the first show I saw after Darren Emerson left. However, as it was against my excitement, a tragedy happened to us. Our car had an engine blow on a highway and we could not get the engine started again. My excitement was smashed at the middle of Kanetsu Highway. Since I had this report, I left my friend with the car and got a train. 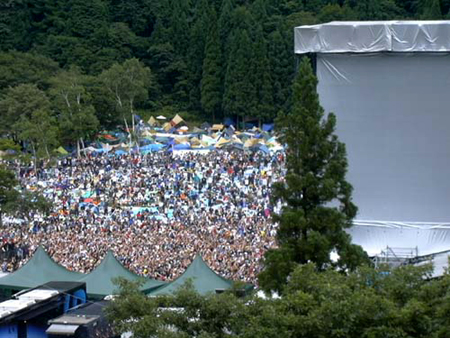 It was 1 o’clock in the morning when I got Naeba Snow Resort and of course, I missed The Underworld’s performance. From the bus depot to the gate, everybody looked excited and that made me jerouls and my expectation to the coming performances became high. 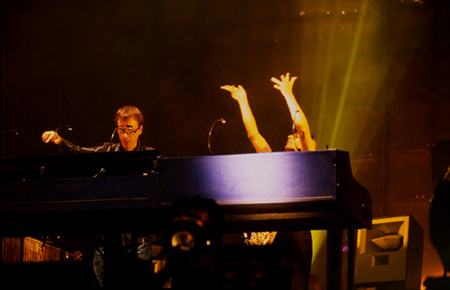 I left my luggage at a place of my friend, who arrived in the venue before, and went to “Red Marquee” where many performances were held until the morning. The first one I saw and listened to was the breakbeats electronica sound by two turntablists and a drummer from Prefuse73. As I was leaving myself into their music, I could be satisfied with the feeling “Music will continue tomorrow at this place as well”. I finally could meet music.