I have met David Yu in a Christmas party. Such a great chance! below is the interview. 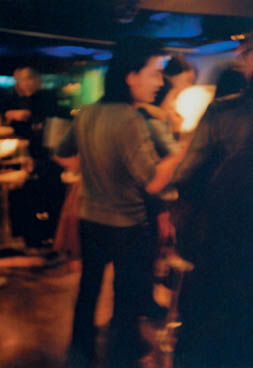 Would you tell us briefly who you are and what you do?

The purpose of visiting Hong Kong? How long will you stay?

For the last five years or so ever since I moved to New York from Vancouver I’ve been coming to Hong Kong around the end of the year to spend Christmas and New Years my family. I usually then head back to New York after New Years, in early January.

What is your impression to H.K.?

When I was a kid the best thing was coming back and buying BB guns and toy robots and fresh new clothes to bring back to Vancouver, haha. We would usually make a trip up to Guangzhou, China too, to visit my mom’s side of the family, and there my uncles would hook us up with boxes of fireworks and we’d go to a park at night, eat lychees and light them all off. Now that I’m older, my Cantonese has improved, I’ve got disposable income and I have friends and ex-classmates living and working here, so my visits here in the last few years have been a much different experience. I can now imagine what it would be like to be someone in his 20s living here. 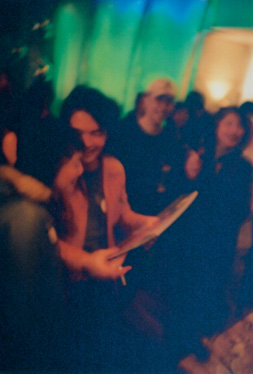 From your point of view, what are the difference between H.K. and N.Y.?

Both are big crazy cities where there’s a ton to consume and a lot of life is lived on the street… because HK is smaller geographically its more crowded and feels like there’s more people here. Besides that there’s not many more similarities. New York is a much older city and there’s a lot more grit and worn edges, and a lot more history and art and culture in the traditional sense, everywhere you go….Hong Kong has a gritty side too but its also balanced off by a hyper-modern side probably inspired by neighbouring Japan, plus a cosmopolitan refinement brought on by almost 100 years of British rule, and a fascinating historically older cultural side that seems infused into everything which came from thousands of years of Chinese history… so its all these sides coming together and clashing of cultures which makes for a vastly more interesting city, in my mind. I miss the pizza in New York though, haha. 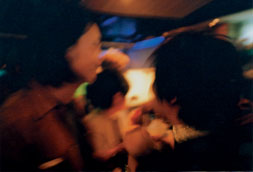 What do you like/hate the most about H.K.?

Hmm…. well there’s definitely a lot to like… I like the food, the shopping, the late night eating, the smell of the damp air and the feel of walking down a street at night… I like how its surrounded by islands, I grew up by the water so its nice to know I can hope on a boat and escape the city to Lamma Island or Lantau Island, or even Macau. Geographically and urban planning-wise Hong Kong is really interesting, you can walk around in Mid Levels here and look up or look down and there’s just so much depth and layers between the hills and the trees, the big office buildings and the temple that sits right next to it.

Not a lot I hate about it, the consumer culture gets to be a bit suffocating after awhile, but its something you can pull out of if you want, at least the choice is there if you want to take it, and that’s the most important thing I think, having that choice… knowing you can run down to the street and get a pair of sneakers at midnight or a bowl of noodles at three in the morning if you want. Hong Kong really seems to be about choice, and things can happen really quickly for you if you want to make it happen. Oh, and I don’t really like the humidity of the summers here…. pretty unbearable.