Between the sixties and seventies, a period in which the radical movement was in full swing, Abraham dedicated himself not only to architectural research but also to work inherent and current in experimental art such as conceptual and body art.

For Abraham, choosing to work and communicate in the field of the arts does not mean altering the aims of his work. Rather it allows him to explore and highlight more strongly the behavioural dimension of the situations found in architecture and urban design. 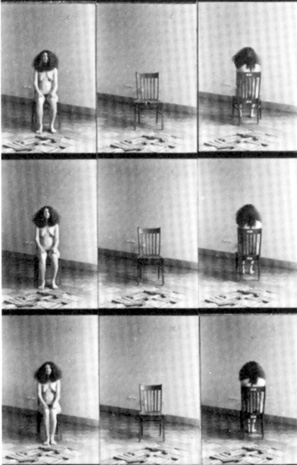 The destruction of objects “Chair”, Performance (with Alan Wexler), 1971

Work such as the performance, “Chair” consist of an object ‘mise-en-scene’, with a sequence of actions which illustrate in the meantime alternating formal principles (symmetrical axes, the movement of opening and closing, the variation of angle). The combined effect – the object handled, the sequence of actions, the formal principles -in turn constructs a metaphor which acts as an exploratory and empirical element alongside everyday design. 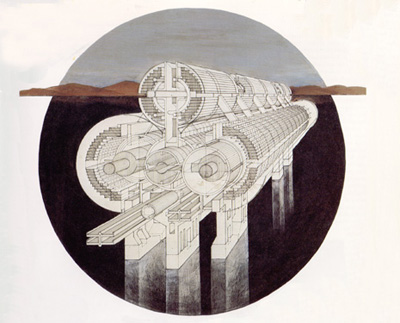 The megastructures of the first half of the seventies represent city utopias based on an unconditional use of technology available to man. The utopian aspect of these theoretical works regards the services that technology can provide, their presumed independence with respect to traditional urban structures and the immense aesthetic potential of the formal elements which transform themselves from simple technological surroundings to architecture “tout court”.

Utopias similar to those of Abraham were developed, during the same period, by many of the protagonists of the radical movement. As well as provoking the establishment and “workers”, they had an important function in terms of giving the possibility of visualising and discussing various threads regarding the political, social and technological evolution taking place.