Set in 1985 as part of the “Internationale Bauausstellung Berlin” (Berlin international architectural expo), Abraham won the competition for building a complex of housing, shops and offices in Friedrichstadt – an area built in the first half of the 18th century as a Baroque extension to the city centre and relegated after the building of the Berlin Wall, from a central to a more peripheral area. 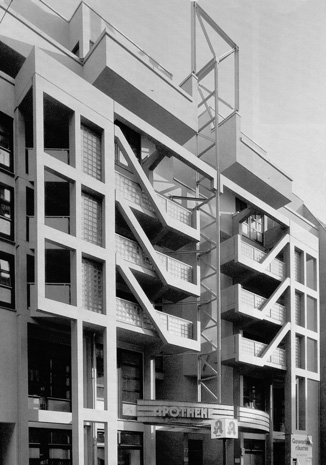 The building is made up of a total of six floors. The street elevation consists of an accentuated graphic design with diagonal and rectangular elements which form a grid placed directly in front of the body of the building. Inside the block a circular courtyard opens out around which the building is shaped, folded into a hemisphere.

The grid, as well as creating the marked effects of light and shade which underline its role as a dominant graphic element, also has a building function: some of the lines are the metalwork which holds up the symmetrical balconies of the floors above the shopping area and offices. 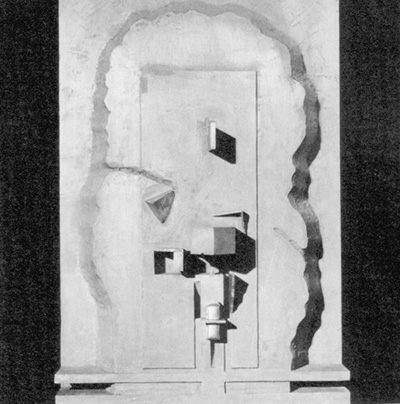 “Metaphorical houses” is a theoretical project in which Abraham translates into his own personal and contemporary language, the intense experience of the exploration of some of his own places of origin in the mountains, where he has found – in the shape of barns, walls, sheds – a simple architecture, spontaneous and unpretentious but also strong, expressive and beautiful. An architecture which, according to Abraham, is a mix of: