This month’s cover design was produced by Piero Desopo, a web designer in Bologna, Italy. Even though he’s just recently started web design, with his background as a musician, he creates delicate works making full use of sound on his personal web site ‘PhoenixArt’. 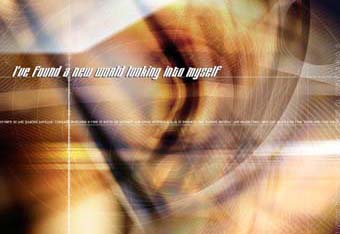 Could you tell us more about PhoenixArt?

PhoenixArt is my bigger experiment. I’ve created it about two years ago. The first idea was born around a navigation concept: I thought that with Internet was born the possibility to create new ways to share information and that the way to read this information is not only the traditional way. So I love hidden interfaces, where the user have to search and understand a different form of navigation. Now I’m using PhoenixArt to do all the things that I cannot do on commercial works and also as self promotional.

How did you start working on web design?

I’ve started lately. In Italy the Internet diffusion has arrived very late and I’ve been interested about the web since 3 years ago. My first approach to web design was just for curiosity. I’ve loved this media, since I’ve understood that through the web there was a new way to communicate, share ideas, and moreover an incredible and fast way to create something that could have quickly a feedback from many people.

I’ve learned web design on my own. I’ve read many tutorials, tips, articles. I’ve dissected other web pages, I’ve read books and now I search for inspiration out of the web: trailers, magazines, traditional prints, music
and so on.

What are your policies/ideas on design and which personal principles do you follow in creating a design?

I start from an idea that generally is a sensation, an impression: I think about an atmosphere and then I imagine some colors and shapes. I view all this in my mind before I touch the computer. When I’ve got a strong and sharp image on my mind then I start working with the computer.

The first approach is always with Photoshop. Even if I’m a traditional drawer, I’m not able to sketch my ideas on paper to transpose them on the computer. I haven’t still found a good line of communication between paper/pencil and computer, perhaps in the next future …

What do you think is the most important aspect about web design? 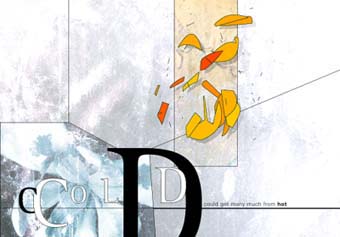 When you made the cover for Shift this month, what did you imagine?

I’ve thought at the word Shift, I’ve divided this word, and I’ve played around this word. Most of the other steps were suggested by the music itself. I’ve created the textures in Photoshop, then I’ve added some lines and typographics. When I’ve found a good equilibrium I’ve switched it to Flash and Illustrator.