Asia’s largest artist art fair UNKNOWN ASIA was held at the Grand Front Osaka Congre Convention Center on October 16th and 17th. This time, which is the 7th time this year, it was a hybrid of the online and the in-person venue, as it was last year, due to the midst of the global pandemic. A total of 130 groups of artists from 10 countries and regions, including China, Hong Kong, Macau, South Korea, Thailand, Indonesia, Malaysia and Japan, exhibited both online and in-person. While the number of visitors was restricted as a measure to prevent the spread of the virus, the total number of in-person visitors was 7,041 in 3 days including the preview. Online exhibit has recorded 11,925 access. 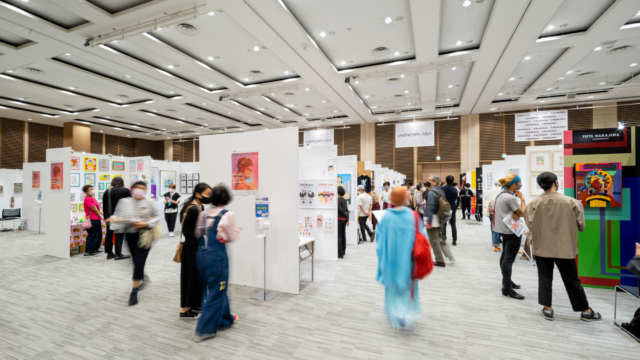 The event invites art directors, gallerists, and producers who are active on the front lines as judges and reviewers from home and abroad. They vote for artists, give prizes, and provide opportunities and support for presenting works as supplementary prizes. In addition to exhibiting works, this has been a big feature of this event. Also, they are expanding opportunities for further presentations by coordinating with local companies and art events in the Kansai region such as Rokko Meets Art.

At the in-person venue, the scale seemed to be reduced a little bit due to the limitation of the number of exhibitors. However, compared to the usual year, the amount of excitement of the exhibitors was high, and also high quality work was provided. 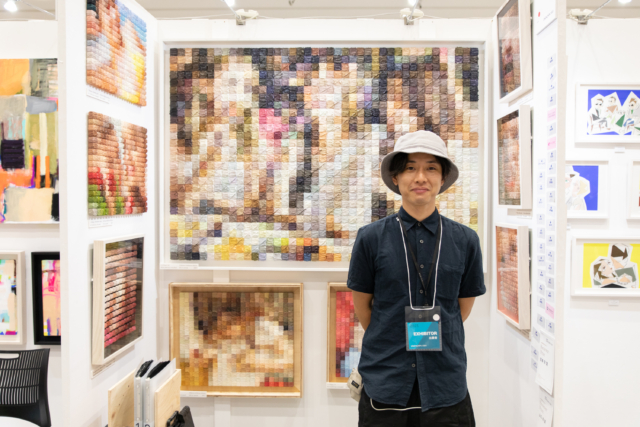 The Grand Prix Award for this year, which is given to the artist who received the most votes from the judges, was awarded to Tomoshi Yasuda, who was born in Otaru, Hokkaido and is currently based in Kansai. His paintings, inspired by pixelated photographs and adding the fun of matiere, attracted the attention of many judges and reviewers. 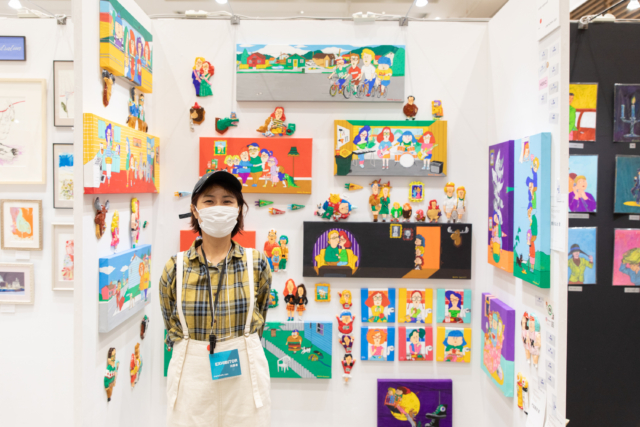 Urata Spancall, an illustrator living in Osaka, received the audience award which was chosen by general visitors. The lively booth, which was filled with colorful American cartoon-style characters, attracted many visitors. She will be given an invitation to Unknown Asia 2022, which will be held next year, as a supplementary prize.