Damien Hirst is arguably one of the most well-known artists in the UK, and since breaking out onto the art scene in the 1990s he has stamped his mark onto the concept of being an artist. His work has had times courted controversy, particularly with pieces such as Mother and Child Divided (1993); a cow and also a calf which had been cut into sections. This made people question what is art, but was indisputably popular. 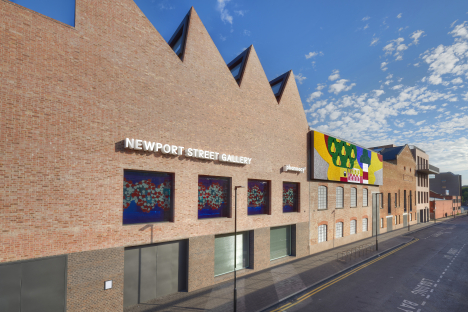 Over time he has gone from strength to strength to the extent that artwork like A Thousand Years (1990) or The Physical Impossibility of Death in the Mind of Someone Living (1991) still draw massive crowds over twenty years later. In 1995 he won the Turner Prize and he has been acclaimed for how he has raised the profile of art in the UK.

It makes sense then that someone who has been so instrumental on putting British art on the map would therefore need somewhere to permanently display art. Newport Street Gallery is the culmination of Hirst’s desire to share his art collection with the public. It is located in Lambeth, south London, not too far from famous landmarks such as the Houses of Parliament and close to other well-known art venues like Beaconsfield Contemporary Art which have sprung up in the local area. 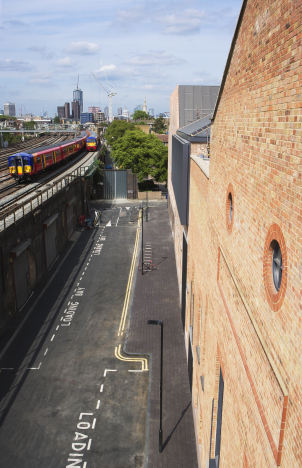 From the outside it is perhaps one of the more imposing, or at least unique, galleries that I have seen in London. Its brick façade means that it blends in quite well with the area, it is opposite a brick raised rail line while nearby houses and flats are also made of brick. It was tempting to think that it would have something unusual somewhere, but on the outside it is just a normal, yet special building. 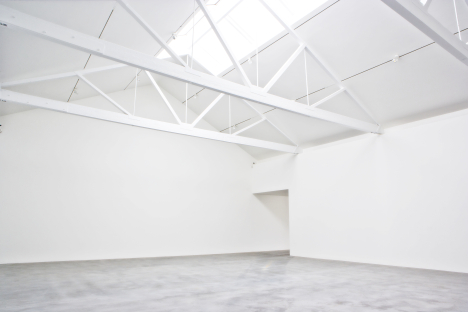 The gallery is made up of listed buildings built towards the beginning of the twentieth century and were used as scenery painting studios. The conversion of these buildings was designed by architects Caruso St John, who have really created quite a special space! In fact the gallery has six exhibition areas and spans 37,000 square feet. Inside, as is quite typical for most art galleries, everything is white from floor to ceiling, while the three staircases are spiral and feature wooden flooring – which is quite simply unlike anything I have seen before.