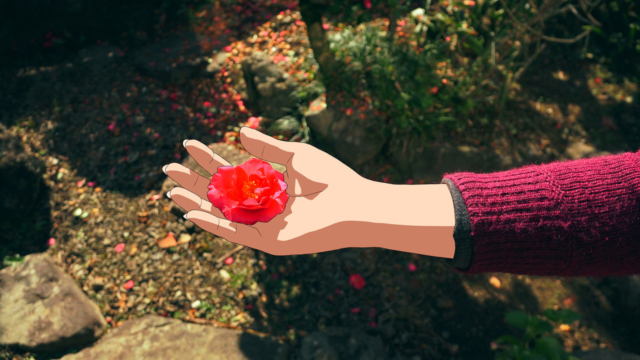 An exhibition of video works by Masaharu Sato, “Hands – From Another Perspective” will be held from June 21st to August 29th, 2021 at the gallery space in Roppongi Tsutaya. He regrettably passed away in 2019 at the age of 45 while receiving high acclaim both in Japan and abroad.

Masaharu Sato has long been involved in the creation of animation works using the “rotoscope” technique, in which he films everyday scenes with a video camera and then traces them onto real images using the pen tool of computer software. For him, tracing is an act of ‘taking in’ an object, and his works are created by using digital equipment in the production process and his own body, his hands, to create an enormous number of drawings.

In this exhibition, among the many works that Sato left behind before his death, the video work “Hands” (2017), which depicts 33 scenes of ‘hands’ in various ways that people use to relate to the world, such as stroking a cat, washing dentures, touching a lover, turning a page, and a child playing with a toy, will be exhibited from a new perspective, taking advantage of the gallery space in the bookstore.

In the midst of the daily life of the Corona disaster, where we are restricted from touching anyone’s hands or gathering with others to talk, “Hands” may lead each viewer to think about someone important to them or their own life, and in a world in chaos, it may provide a guide to return to one’s own daily life and hope for the future.