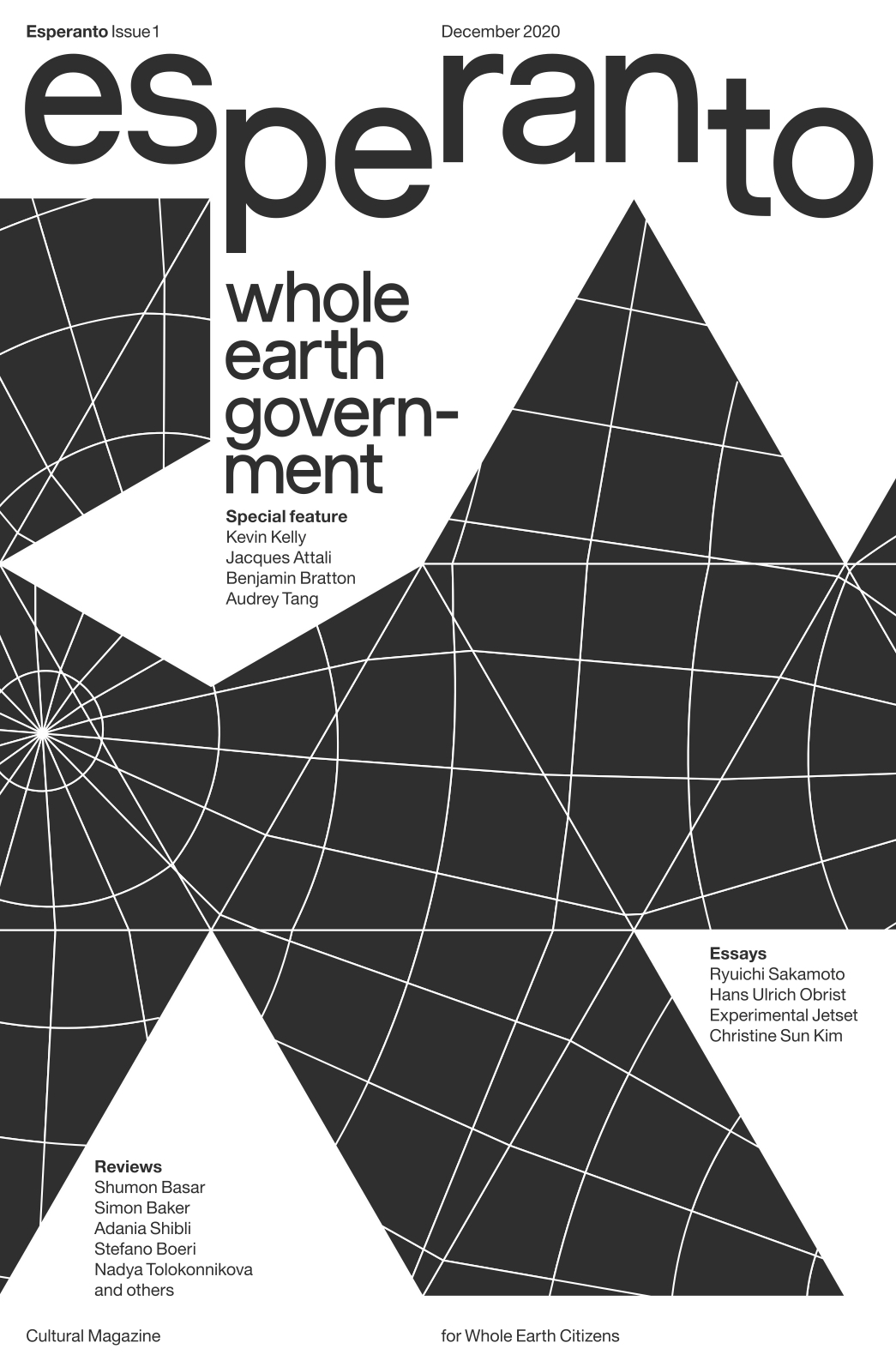 Esperanto, magazine made to bring together leading intellectuals and creators to communicate the world’s contemporary culture of the 21st century, will be published quarterly on December 15. The concept of the magazine is “Culture Magazine for Whole Earth Citizens”.

The editor-in-chief is Masanobu Sugatsuke, Japanese editor and CEO of the art book publisher collective United Vagabonds and Gutenberg Orchestra, which has also produced collections of works by Teppei Takeda and Mari Katayama. The editorial advisor is Hans Ulrich Obrist, one of the world’s best curators. The editorial staff consists of members from the multinational team of Gutenberg Orchestra (alongside one member from kontakt), bringing together editors from five countries: Hong Kong, France, Russia, Latvia and Japan. Design is by Experimental Jetset in Amsterdam.