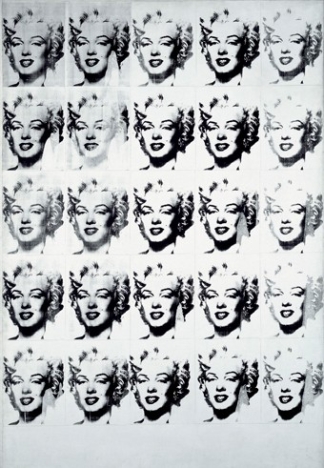 Did you know that Andy Warhol’s first solo exhibition at a museum was at Moderna Museet in Stockholm in 1968? Criticism for pro-American propaganda was anticipated – but the reactions were divided. “Warhol 1968” is an exhibition about this exhibition. It also attempts to explore the complexity of Warhol’s oeuvre from the perspective of the pivotal year of 1968.

Until 1968, Andy Warhol’s art was a blend of fascination and revulsion for the mass media and consumerism. With his background in advertising, Warhol understood the commercial mechanisms of our society, something he monotonously and with seeming indifference came to mirror in his art.

1968 was turbulent politically and culturally, in Sweden and globally. It was also a dramatic year for Warhol on a private level, and he was the victim of a murder attempt a few months after the Stockholm exhibition closed. His practice would take a partly new direction from thereon. Warhol became more commercially calculating in his art, and turned his signature into a trademark that could be used in a variety of media.