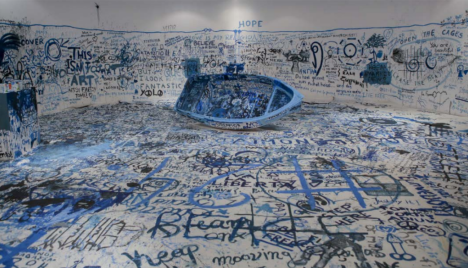 Celebrate its 15th anniversary, exhibition “Catastrophe and the Power of Art” will be held at Mori Art Museum from October 6th, 2018 to January 20th, 2019.

Mori Art Museum, Tokyo in 2003 staged the inaugural exhibition “HAPPINESS: A Survival Guide for Art and Life,” which as the title indicates took as its theme “happiness,” something of importance to us all. Then in 2013, commemorating the Museum’s 10th anniversary, another universal theme had its turn in the spotlight: “love,” in “All You Need Is LOVE: From Chagall to Kusama and Hatsune Miku.” Now, by deliberately setting out to tackle the theme of “catastrophe,” this exhibition marking 15 years of the Mori Art Museum asks what art can do in the face of the mounting challenges of today’s world.