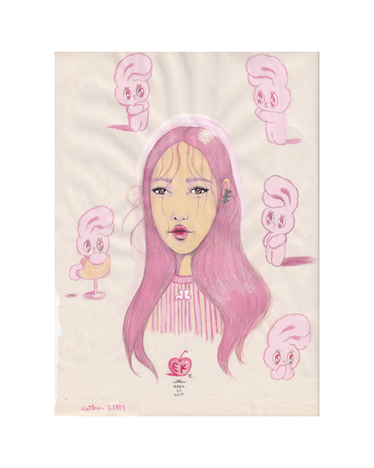 A solo exhibition of an illustrator Esther Kim will be held at CALM & PUNK GALLERY in Tokyo from May 27th to June 11th, 2017.

For her last exhibition in 2015, she created original artworks by using only two colors; pink and blue, made from mixture of the colors of the flags of her background countries; Korea, Japan, and the United States.

After that, she kept constantly seeking a new her, facing herself and thinking about her identity. That led her to new challenges including adding gradually new colors to her palette. During the last two years, she experienced “iro-iro”, a variety of things; she outgrew herself to control the colors and to express herself as she liked.

She is not as the same as her two years ago any more. She depicts the procedure of her search for the new colors of hers with original artworks she is launching for this exhibition.