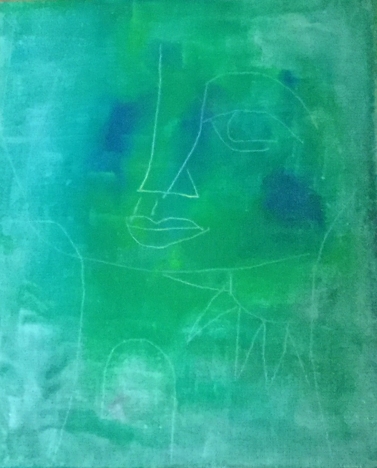 Mitsuko Chapa Miyakawa who was born and raised in Sapporo shortly after the war is currently working as an artist both at home and abroad. She will be held the first solo exhibition at Clark Gallery + SHIFT at her hometown in Sapporo, from May 3rd to 31st.

Mitsuko Miyakawa was interested in arts and culture as a result of her encounter with Russian literature when she was an elementary student. After her stay in Moscow as a student and her work as a Russian interpreter, she started to aspire learning arts. She studied at the Bunka Gakuin from 1998, she also studied art in New York from 2000 for 6 years and then held a solo exhibition in St. Petersburg in 2006. After returning to Japan, she was based in Nagano Prefecture, then produced her works in Finland, France, Germany, Polish, American, and some Japanese cities. In August of this year she will participate in 7 people exhibition “PEACE 2017” in New York.

In this exhibition, we will show the four walls of the gallery with four subjects “the first period that aimed at art / when she was studying in New York / after returning / in future”. It is an exhibition that wishes peace, looking at “past, present and future”, “Japan and the world and myself” of artists and also viewers.