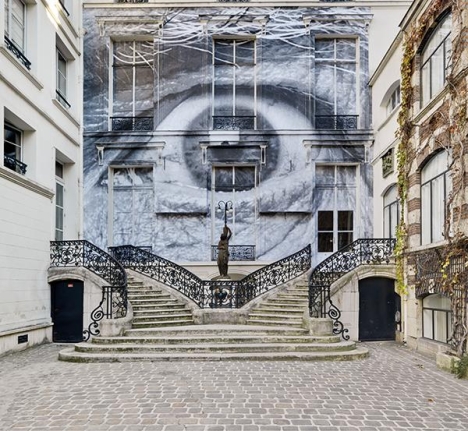 JR, the celebrated French artist, will be the subject of a major retrospective show in Qatar to be held by Qatar Museums at QM Gallery Katara in Doha from 9 March to 31 May 2017.

JR is amongst a handful of world-renowned artists that combines art and engaged actions through large-scale outdoor installations, films, photographs and videos, using the streetscape as his canvas and his inspiration, which he claims as the largest art gallery in the world.

JR creates “Pervasive Art” that spreads uninvited on the buildings and slums around Paris, on the walls in the Middle East, on the broken bridges in Africa or the favelas in Brazil. He remains anonymous and doesn’t explain his work, allowing the subjects, protagonists, spectators and passers by to raise their own questions.

JR Retrospective will feature some of the key series that have made the artist famous around the world as well as a video lounge where selected video works can be viewed.