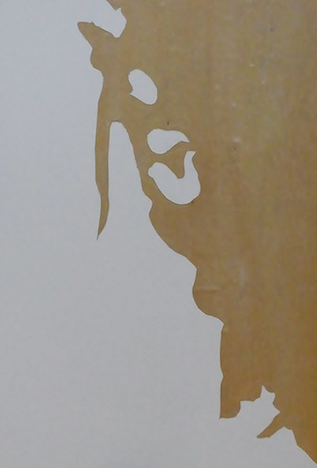 From September 2nd, Toshiya Kobayashi‘s solo exhibition “Those who never say anything -im Wald” will he held at Clark Gallery+SHIFT. As an artist based in Tokyo, Germany and Switzerland, he has been produced paintings with the motif of the plant for many years.

Why do people feel so good in a wood? “I think because the trees of wood is a living thing and we can perceive the warmth of life there”, he says. The trees in the wood which sets its root on the earth and superimpose the annual rings has been established a global environment over the years of 200 million years and deeply involved in our history and culture, but now the wood exposed to the crisis caused by human. Human life is not only a life. We should listen to the silent voices of “those who never say anything” which can not move by themselves under any circumstances.

This time, he will exhibit “Eternity and a Day. -im Wald-” by paintings and wood carvings, and photos. On September 18th, “Mizuki Misumi The Poetry Reading” will he planned, a young poet who acts internationally and has been won a number of award such as the 22nd Sakutarō Hagiwara Award.