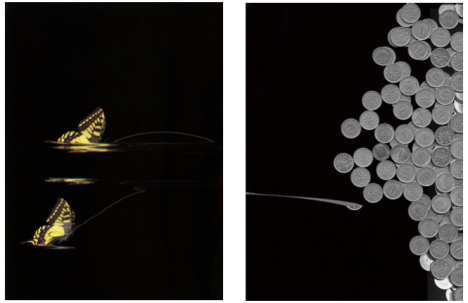 Yuko Mohri, whom Nissan Art Award 2015 awarded the Grand Prix to, will have her solo exhibition “Pleated Image” from April 9th at waitingroom in Tokyo. Through objects and images scanned, showing aspirational new installations that she has eventually faced a relationship between solid and flat.

In this exhibition, with installed various objects on plural scanners and continuously scanned, image data is going to be saved on the hard disk one after another. She named the installation device “Pleated Image”, which produces a variety of aspects of exercise and time from one object.

Mohri says, “Generating an ambiguous situation that goods and things are blurred and shaken, I access the imagination of the people. I’m interested to approach it in artistic”. She might believes that a living art is established according to access by the imagination of people towards the machine moving artificially. “Sign” which Mohri presented in the work so far will be appeared in front of us as the “visual image” this time.