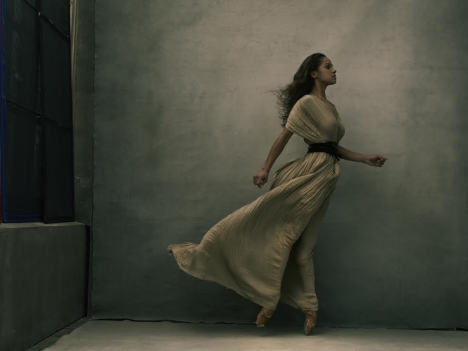 Annie Leibovitz‘s new photographs exhibition “Women: New Portraits” will be shown in 10 cities over the next 12 months and will start at TOLOT/heuristic SHINONOME in Tokyo from February 20th. The tour starts in London in January 2016. Host cities will include Tokyo, San Francisco, Singapore, Hong Kong, Mexico City, Istanbul, Frankfurt, New York and Zurich commissioned by UBS group, a world’s leading financial group.

This exhibition arose from her photo book “WOMEN” published in 1999, a continuation of a project that Annie Leibovitz began over fifteen years ago. The project is an updating of a series of portraits she made in collaboration with Susan Sontag. Sontag expressed the series as “a work in progress”. For this exhibition, she reflects the changes in the roles of women today and feature women of outstanding achievement, while shooting women living in 10 cities of the tour.

The new portraits unveiled in London showed flourishing women in various field including artists, musicians, CEOs, politicians, writers and philanthropists. In addition to the new photographs, the exhibition will include work from the original series as well as other photographs taken since. It should be a noble chance.