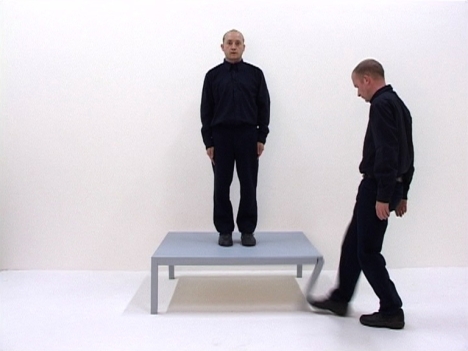 At NTT InterCommunication Center (ICC), an exhibition “John Wood and Paul Harrison: Some Things Are Hard to Explain” will be held from November 21st. Based in England, They have been produced video works adopting various elements such as performance, animation and architectural system, since 1993.

Those works are very unique and they are the one or artists who attracted the evaluation and popularity, as holding large-scale exhibitions in the UK and abroad in recent years. Their works photographed in almost a fixed angle is friendly and at the same time attract the attention of people, because of the humor and fun like “what are they doing?” and “what’s going on?”

For this exhibition, with classifying the works in four themes such as performance, animation, story and movie, they will exhibit 20 works including the Japan premiere as the first large-scale exhibition in Japan.