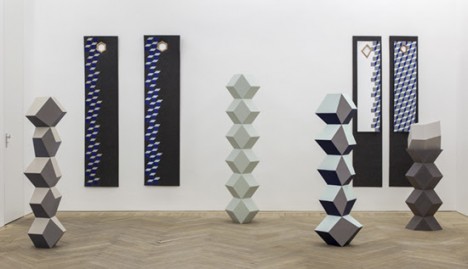 Esther Schipper will present the solo exhibition “IN VIRTUAL VITRO” by Angela Bulloch from January 24th to March 1st, 2014.

Angela Bulloch is an artist who studied at Goldsmiths’ College, London and is recognised as one of the Young British Artists. She mainly works with sound and installation. Bulloch has used video, sound and light to explore and make use of biofeedback systems.