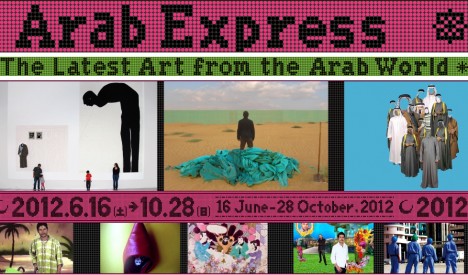 An exhibition “Arab Express: The Latest Art from the Arab World” will be held at Mori Art Museum from June 16th to October 28th, 2012.

“Arab Express” introducing the artworks by approximately 30 artists from the Arabian Peninsula and surrounding Arab countries at Mori Art Museum, is the first exhibition of its kind ever to be held in Japan.

From lifestyles to identity, the rapidly transforming Arab world possesses a diversity of cultures that cannot be overstated. And the traditions, religion, customs and aesthetics that constitute that diversity are vividly reflected in the work of the region’s artists. Some event like Panel Discussion, Artists’ Relay Talk will be held during the exhibition.