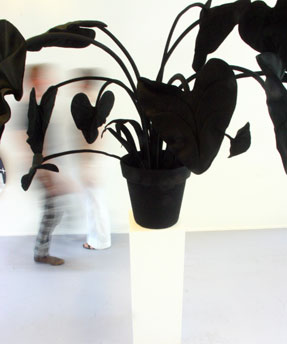 The 2012 edition of OBJECT ROTTERDAM takes place from 9th to 12th February. Anne van der Zwaag, the new director has realised a new and inspiring format in which innovation plays an important role.

The fresh ambitions of OBJECT Rotterdam are displayed in signing on not only galleries, but designers and academies as well, in the new Committee of Recommendation, with its world famous ambassadors of Dutch art and design Joep van Lieshout, Ben van Berkel, Jurgen Bey and Marcel Wanders, and in the focus on the cutting edge between design, crafts, architecture, fashion and art.

Besides the earlier announced national scoops of the limited editions that Galerie Judy Straten will show in cooperation with Křehký Gallery, including Camoufleur by Richard Hutten, there are two more scoops to announce.